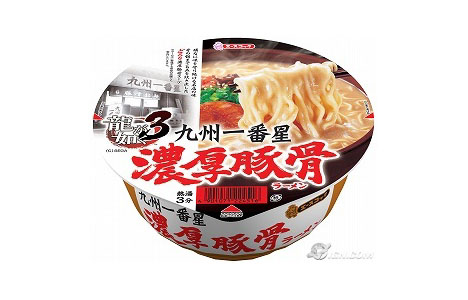 Oh, Japan. You and your game-themed food. Your Tales of Hearts curry didn’t look too hot, but we’re totally down for your Yakuza 3 ramen.

On March 2nd, Yakuza 3 ramen will hit Japanese grocery stores and konbini. IGN says that Sega just announced a partnership with food company Ace Cook to produce the line. It turns out that there’s an in-game shop in Yakuza 3 called Kyushu Ichibanboshi, which happens to also be the name of the real-world ramen. Apparently, if you enter the shop in the game, the manager will tell you the story behind the real-world ramen’s development. That’s a pretty nifty cross-promotional idea!

I’m hungry for both the ramen and the upcoming PS3 game, set to release in Japan on Feburary 26th.