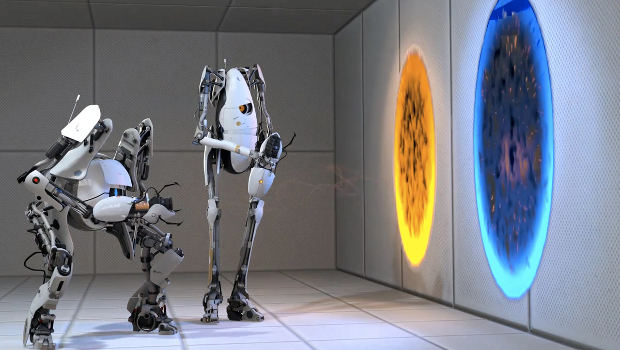 Playing off the 360 with one of its greats

September’s Xbox Games with Gold have been announced, and there’s a pretty notable inclusion. And capping off the end of Xbox’s 360 offerings is Valve’s exceptional Xbox 360 puzzler Portal 2.

Over on the Xbox Wire, the company has revealed four newcomers to September’s Games with Gold. As always, Xbox Live Gold members will have access to these games for a limited time as part of Games with Gold. Xbox Game Pass Ultimate members can also take advantage of this perk, and if you haven’t played Portal 2 yet, you really should.

Portal 2 was first released in 2011, as a sequel to the already fantastic Portal. It is an incredible puzzle game that expands on the ideas of the first, while also incorporating some stellar story and details around the world of Aperture Science. Seriously, everyone who has played Portal 2 can recall J.K. Simmons delivering the lemons monologue.

It’s now over a decade later (ouch, my bones) and Portal 2 is still one heck of a game. If you’ve somehow missed this one and dig puzzles, don’t miss the chance to try it out.

This is also a swan song for the Xbox 360 era of Games with Gold. The company announced earlier this year that it would stop rolling out Xbox 360 games starting in October. Xbox says it has “reached the limit” of its ability to bring 360 games to the catalog. However, Xbox One titles will continue to roll out on the service.

Alongside Portal 2, Xbox is bringing three other games to the service, staggered across the month. This includes a god-felling action game, some sick bass, and an amusement park designer. Here’s the full lineup.

These are up for a limited time, so if you’ve got Gold or Game Pass Ultimate, make sure you mark a calendar and grab them sooner rather than later.

You can also head over here to check out the latest additions to Xbox’s Game Pass selection, which includes a bunch of gods and a few day-one launches for today, August 30.