When I walked into, well, Game Room, I honestly had the feeling that the thing I was about to experience was going to be a lot like PlayStation Home. You know, controlling your Avatar through a virtual space and all. However, that’s not the case (which is a drag) but all the same, Game Room looks to be pretty cool in some ways.

After all, the arcade experience is long dead in Western Society, so it’s nice to see many of the games we grew up with (well, maybe you grew up with, considering I was born in the perfect year of 1987), manifested digitally as big ass arcade cabinets.

Sure, it’s nothing like the smell and feel of a crusty old arcade, but it looks like it’ll be enough to bring some nostalgic memories flooding back to those who remember the Reagan Administration. If the thought of dank and stinky arcades takes you back to the good ol’days, read more for my impressions of Game Room. 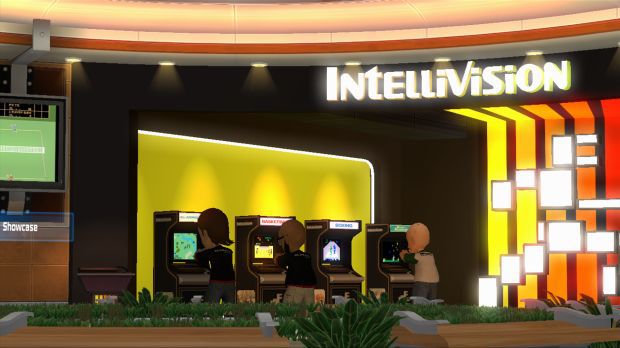 As you know, Game Room is coming to Xbox LIVE and Games for Windows Live later this March, bringing with it support of Avatars for the PC service. The only major update for the games is a rewind feature, which let’s you rewind those games with every mistake you made (yet invalidates leaderboard scores once you do so). Makes them easier and more playable, in my humble opinion, considering old games are brutally hard and not very fun. (Or I’m not very good.) Everything else about each game is pure emulation courtesy of Chrome Studios from Brisbane, Australia.

The pricing model for Game Room is a bit complicated. For 240 MS points, you can buy games for either Xbox 360 or Games for Windows. If you want to share the games across the two platforms, you have to buy it for 400 points. Thankfully, the upgrade fee is only 160 points, so you never get stiffed if you want more.

However, you would be wise to buy the game day one of release. Doing so gets you get a nifty little icon/item from the game that will run around in your arcade. It’s nothing too exciting, but it’s one more thing out there that makes the purchases that much more attractive day one. Plus, it make the arcade seem more exciting, as these little icons buzz around like crazy.

One thing I really do dislike about Game Room is how none of the games can be played online. Yeah, you can make high scores, challenge your friends, and have local multiplayer, but I feel like it’s a stupid technicality that we don’t get to take any of the multiplayer titles online. 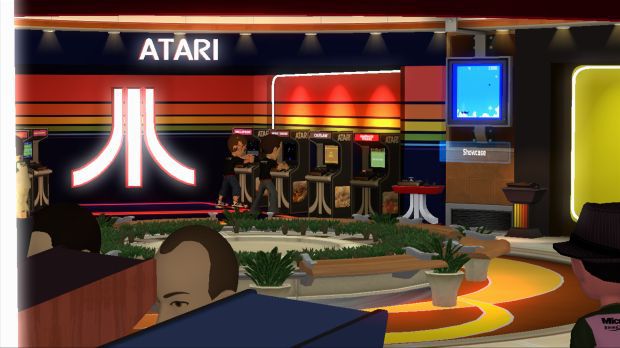 Another thing that I don’t like is is how you cannot upgrade currently purchased games to Game Room. It’s like Game Room is it’s own closed marketplace, and if you want Pac Man: Championship Edition to hang out next to it’s older brother, tough turd, it’s never going to happen.

Also, while there are medals you can win with the games, the whole experience feels like a glorified menu. Sure, the arcade is really nice looking and full of charm, but you cannot walk around, and until you fill it up a bit, it looks empty. And considering there is only a certain number of arcade cabinet slots, any more that you buy must be accessed through menus.

Honestly, I personally do not see myself playing Game Room all that much. As someone who is gagged by retro goggles as opposed to charmed, I don’t see myself going back to play games older than I, especially when they are games that have almost nothing updated about them. Sure, it’s going to appeal to a niche audience, but I struggle to understand some of the weird arbitrary rules Microsoft has applied. I think Game Room could be a really cool way to access your games, and I mean all of them. Instead, it becomes just one more marketplace to buy even more games.