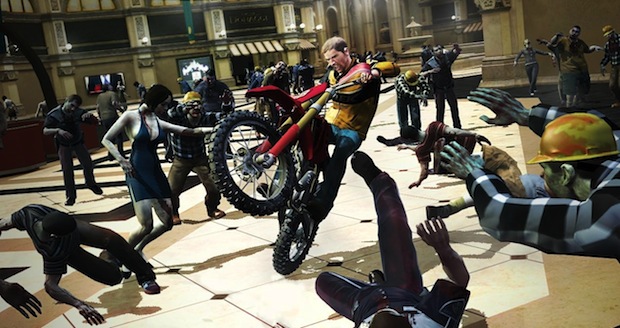 If all parties involved continue to play nice and hit their respective milestones, it appears as if we’ll be mowing zombies in Dead Rising 2 particularly soon. Word from Major Nelson via his oh-so-informative “10 things you need to know from X10” piece advises us that Capcom is set to release the next iteration in the DR franchise on August 31 across North America.

We’re not sure if that date is for all three expected versions of the title, but Xbox 360 owners will be privy to an exclusive of sorts in the form of a download called “Dead Rising: CASE ZERO.” According to Nelson, this “playable prologue” bridges “the story between the two titles.” Neat. This is exactly what the RoboCop 3 needed — that jump from Tom Noonan to samurai robots and rocket packs was a doozy.