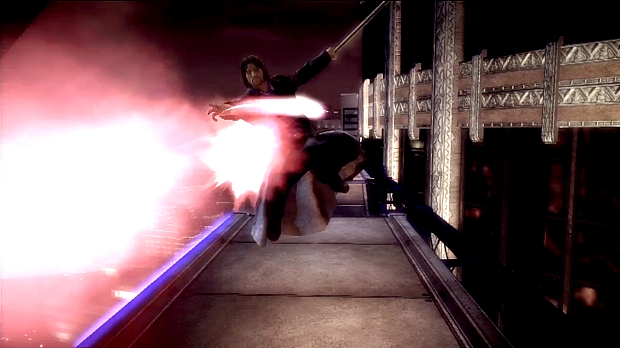 Logic suggests that you won’t be able to cut off Gambit’s arms or feed his head into a helicopter propeller, but at least he’s included in the X-Men Origins: Wolverine package. Today, Activision tossed out yet another teaser trailer for the bloody action game, this time featuring the mutant Cajun.

It’s hard to how the story is spun, but it appears in the video as if Gambit has some beef with Wolverine. And as with any good comic book fight, their physical antics take place in a cinematically brilliant place. You’ll have to see it for yourself after the break.

On a somehow less spectacular note, however, is the debut of Sentinels. A couple of scenes show Wolverine getting his claw on with a massive metal monstrosity. Fans of the X-Men movies haven’t been clamoring for the robots as long as they have for Gambit. After viewing the vid, it’s hard to wrap your head around the reason why.