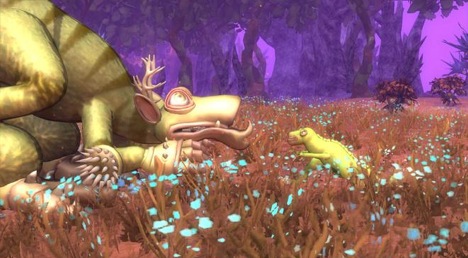 In a recent interview with Eurogamer, Maxis co-founder and designer Will Wright talks about the seriously terrible The Sims Online, and then hints at the possibility of a Spore MMO. Interestingly, Wright begins the talk by discussing how he is utilizing Spore as if it were a massively-multiplayer online game, without those nasty “design limitations” such as fees or the inability to pause. He then likens those limitations to what eventually sunk Sims Online, specifically targeting the fees. Even though Wright seems down on the idea initially, he follows up with a bit of a cryptic statement involving the possibility of a full-blown Spore MMO:

That’s not to say that one day we might not do a massively-multiplayer online version of it, but it’s just not the most interesting initial unveiling of it for me.

I wonder if the idea of a Spore MMO would have been more interesting to Wright if subscription sales to The Sims Online would have taken off like expected? Although, now I’m left to question what a true Spore MMO would even be like. Would users endlessly grind monsters to get a “+3 monster claw” add-on or an epic vagina mount for their phallic creation? The possibilities are endless.