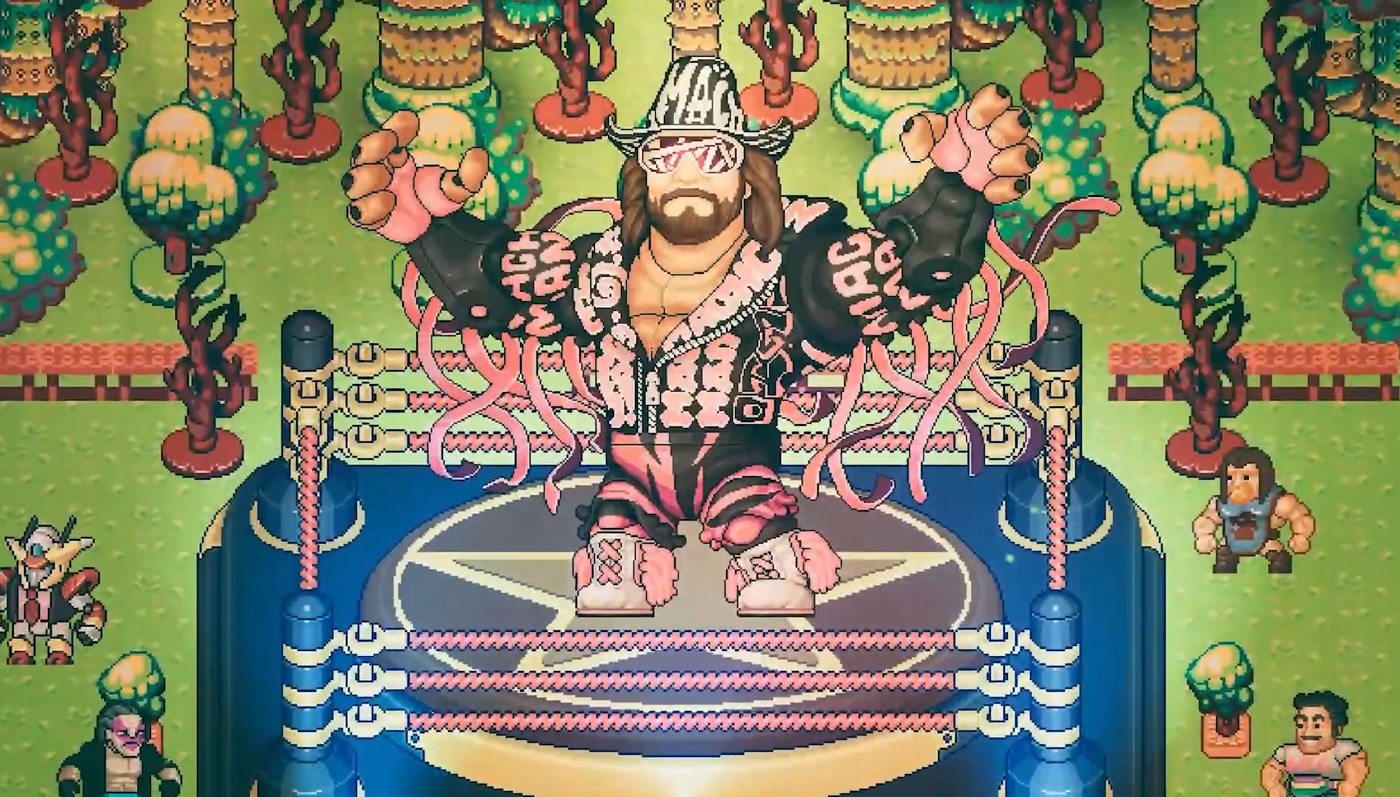 Publisher Skybound Games has announced a release window for the intriguing and spectacularly silly-looking wrestling RPG WrestleQuest — As reported during yesterday’s Nintendo Indie World Showcase, the day-glo grappler will launch on PC and console platforms in May 2023.

As we have previously reported, WrestleQuest is a unique spin on the typical RPG adventure title, as will charge players with taking their custom superstar through the territories in a bid to become the pro-wrestling king of the 1980s. Along the way, the rookie will team with, (or oppose), a who’s who of 30 genuine pro-wrestling legends, including “Macho Man” Randy Savage, Koko B. Ware, Jake “The Snake” Roberts, The Road Warriors, Sgt. Slaughter, and Andre the Giant.

Also, Jeff Jarrett is in the mix.

WrestleQuest incorporates fun pixel visuals, as well as a novel “Hasbro figure” look to each of its ring legends. As you can see from the above trailer, matches play out in turn-based fashion, with a wide variety of strikes, holds, throws, and specials available to our roster of ring-rockers. One gal even shows up on a motorbike, which might be considered cheating, all things considered. Another fun moment sees Andre show up to bodyslam the entire ring! Good work, boss.

As the player progresses through their star-spangled career, they will be given the option to customize their wardrobe, gimmick, and entrance to ensure that they become the talk of the town… or at least The Observer. With its tongue firmly stuck in its cheek, and some rad-looking visual design. I’m definitely looking forward to seeing whether this underdog delivers a five-and-a-half star matchup when it finally emerges from the locker room.

WrestleQuest launches May 2023 on PlayStation, PC, Xbox, and Nintendo Switch.