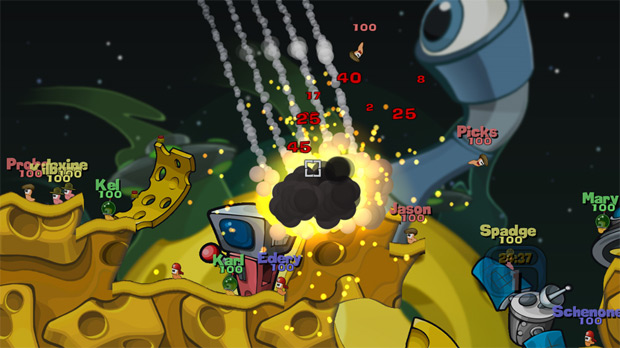 There’s a problem with a lot of Xbox LIVE Arcade Games — their online communities tend to die off before too long. Even the good ones can suffer from this, simply because there’s so many competing XBLA games and people often will pick only a few multiplayer games, usually retail, and stick with them.

As noted on Team17’s Facebook of all places, Worms 2: Armageddon received a major patch today. Hopefully there are people still actively playing it who will appreciate the work that’s been done. Based on how specific some of the comments were to the list of fixes, I’d say their community is still kicking.

A ton of stuff is addressed in the update, many of it game-changing material. If you were ever going to do so, now would probably be ideal time to jump back into Worms 2 while everyone else is seeing what’s up with patch.

Plus, the studio says DLC will be out next year. Someone must be playing this still, right?