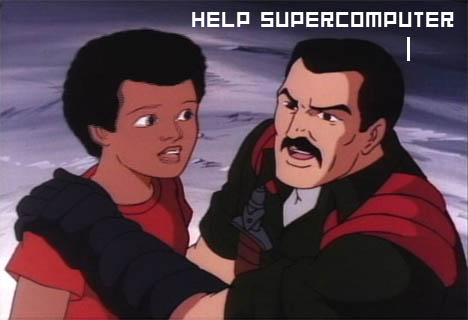 A few months back, we caught wind of a weird new government project when the United States Air Force bought up 300 PlayStation 3 consoles. One of those sites that tracks the government’s every move told us that they were working on something called codenamed “Roadrunner,” though no other details were given. We tried to guess what they were doing with these, but it looks like some of us were a bit off base.

I don’t know how exactly these projects are related, but Play tells us that IBM has just finished up the world’s fastest supercomputer, and it uses the same Cell processors found in the PS3. The computer has been codenamed “Roadrunner,” and it will be used to monitor nuclear weapons, space, weather, and more. Mystery solved!

Roadrunner will enable us to tackle problems we couldn’t tackle before,” said lab boss John Morrison. “We’ll be able to run a different level of problems. We’ll be able to do calculations that we wouldn’t even consider before.”

This beast can hit one-thousand trillion calculations per second, making it twice as fast as the next one, also built by IBM. I wonder if this new computer will get in-game XMB anytime soon.