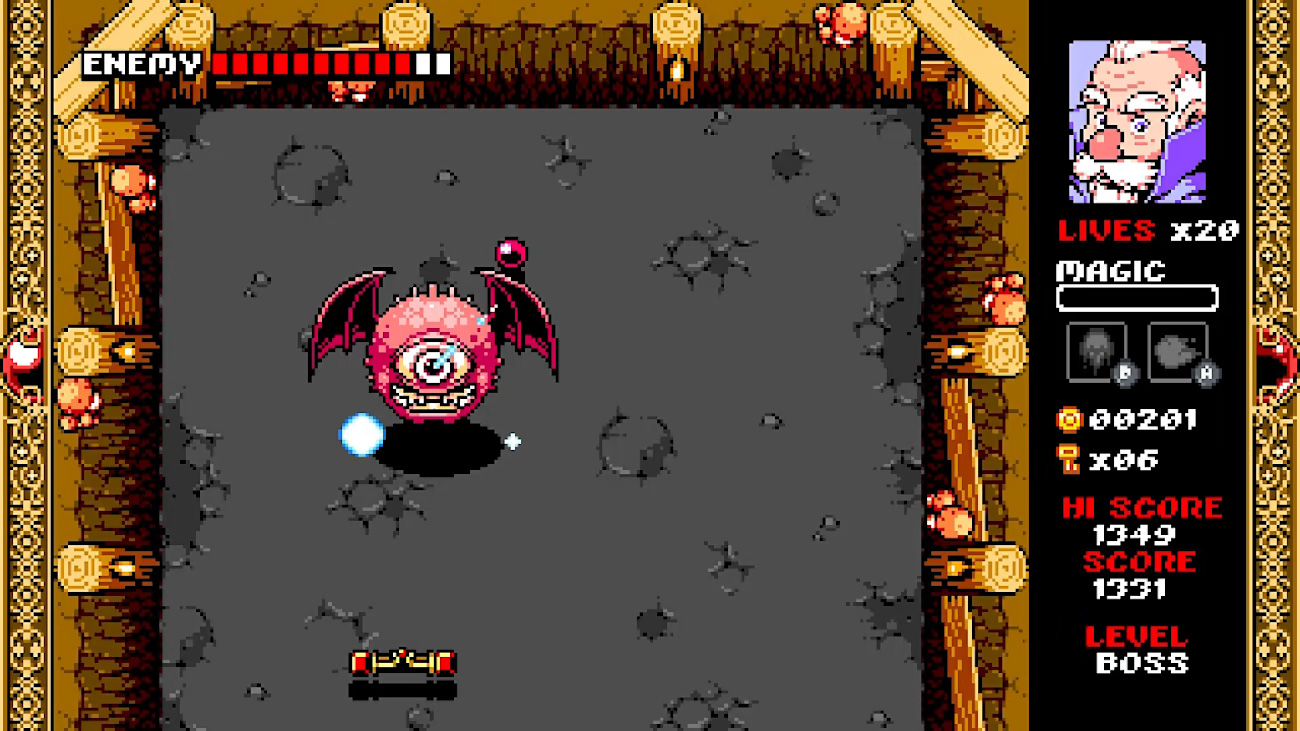 Tribute Games is celebrating the game’s 10th anniversary with a Switch port on Oct. 6

It’s been a long time since I’ve thought about Wizorb — long enough that reading my decade-old review almost feels like peering into a past life. But every memory I’m pulling up is a good one, and I’m stoked to see this Arkanoid-style brick-breaking game resurface. For its 10th anniversary, Wizorb is coming to Nintendo Switch on October 6, 2022.

If you were big into Xbox 360 during the Xbox Live Indie Games heyday, you might be pumped too. But if you’ve never heard of Wizorb before (despite its later ports, including Steam), then you should check it out. It’s classic arcade gameplay with light RPG touches.

I always had a soft spot for pinball games with lively boss battles, and that sentiment also goes for ball-bouncing brick breakers like Wizorb or Arkanoid: Doh It Again. All told, there are 60 levels, and the price is right — it’ll be $4.99 on the Nintendo Switch eShop.

Yes, it’s really been a decade

“Wizorb holds a very special place in our hearts,” said Tribute co-founder and president Jean-François Major in a press statement. “As our first Tribute title, we set out to showcase that we were serious and capable of making games our way. And today, thanks to the Switch’s features, we feel the game found its true home.”

“Building a company on top of that was a lot of work, but Wizorb was the ideal first game for us to tackle; it was reasonable in scope and its design defined what would be known as the ‘Tribute Games house style,'” added co-founder and director Jonathan Lavigne.

Since then, the studio has come out with Mercenary Kings, Flinthook, Panzer Paladin, and the splashiest of them all, Teenage Mutant Ninja Turtles: Shredder’s Revenge.

This style and scope of game is a natural fit for Nintendo Switch, so consider getting Wizorb the next time you’re in the mood for something smaller, and more immediately gratifying. It’s a nice palate cleanser you can quickly fire up.