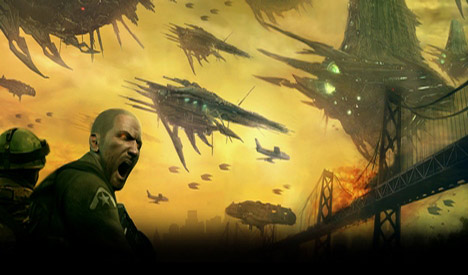 As a result of Eurogamer’s live interview with Insomniac’s Ted Price yesterday, we now know a few more things about Resistance 2 that we didn’t have concrete answers on before. Although he didn’t want to commit to whether or not the game would require yet another mandatory install to your PS3’s hard drive (too early to tell, by his calculations), he did offer up this nice tidbit about the finished product not having any loading screens:

We do have streaming of textures and other assets now. Not only does this improve the overall look but it cuts down on load times. In fact, you shouldn’t notice any loading screens in R2. We’ve also added a lot more tech-wise – detail maps, new lighting system, new effects system, better normal mapping, better specular response, redone shaders and lots of behind-the-scenes stuff that makes the game really stand out aesthetically.

For those number crunchers out there who are most concerned about frames per second and resolutions when it comes to shooters, Price said the team is looking to release the game at a smooth 30fps (worked for the last one, didn’t it?) with a final resolution of 720p. This is probably lower than what some of you were expecting, but Price stands by his word that the team is hard at work to make sure that when the time comes to finally play Resistance 2, those figures will be the last thing on your mind.