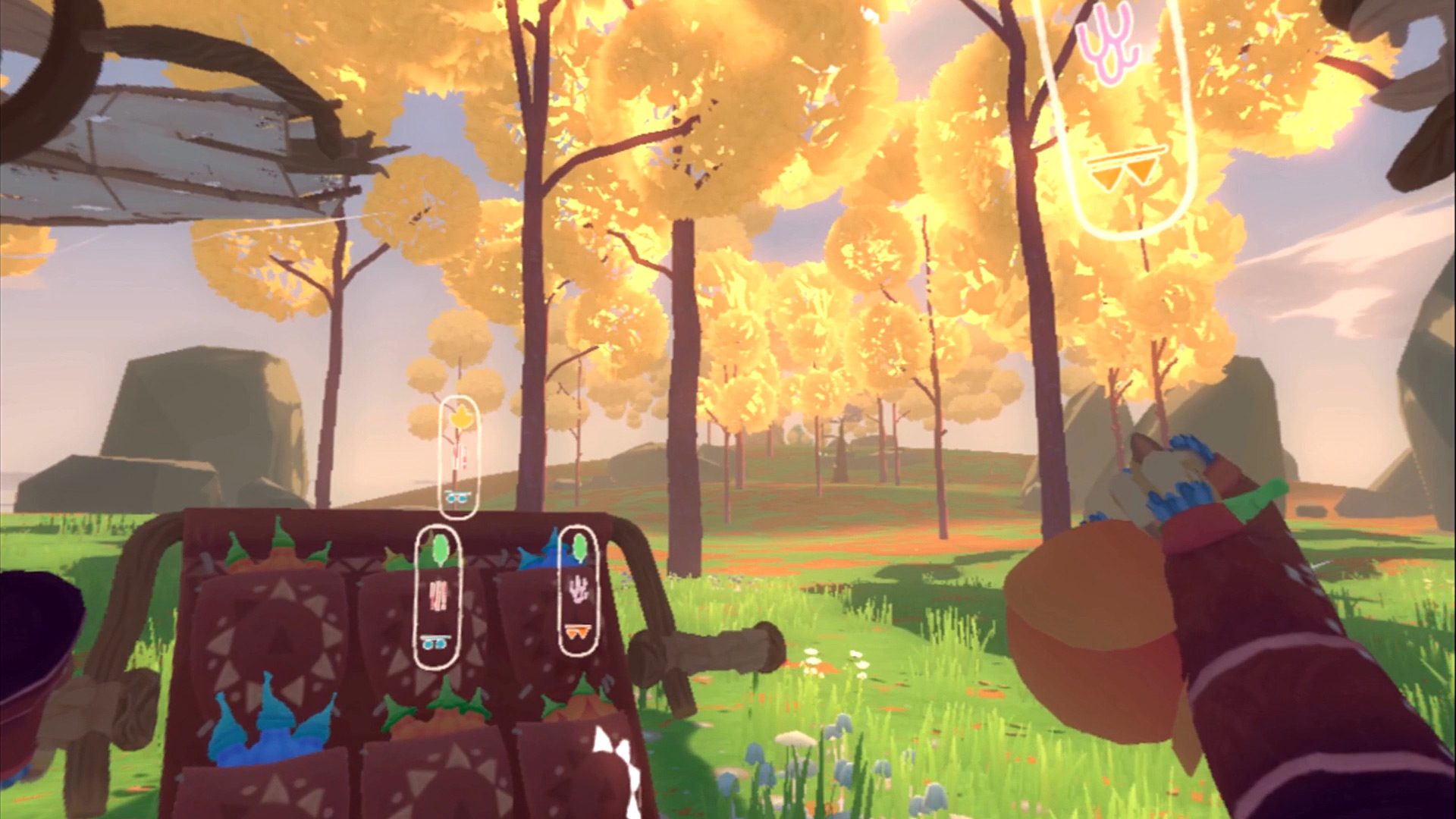 And that simple notion puts a smile on my face

They may not be the flashiest experiences, but I’ll always have room in my heart for chill wind-down games — the more peaceful, the better. With that in mind, I like the look of Winds & Leaves, a “flora-builder game” from Trebuchet out today on PlayStation VR.

There are forests to grow, ancient contraptions to fire up, and rolling hills to stroll across.

I particularly like the emphasis on gadgets like the long-armed dibber used to poke holes in the ground for seeds, the ability to climb trees with your clawed gloves to pluck fruit, and your tactical gardening… stilts? Yeah, stilts! The time-lapses are cool, too.

Using a Time Mill tool, you can “live on the same time scale as trees, passing years in a matter of seconds,” according to creative director Alexandre Pernot Lopes.

The point of Winds & Leaves is to explore further and further out, and to do so, you’ll need to chart a path across the barren landscape by growing forests as your lifeline. Branch out too far, and roots will slither around you, ultimately pulling you “back to the forest.”

The developers have some nice gifs on the PlayStation Blog, to say nothing of an extended gameplay trailer from June. This is a PlayStation VR exclusive.

Part of the fun of gardening in real life is trying to work with — not against — nature’s will. You can plan out your tidy raised bed with the utmost precision and still be caught off-guard when the plants come in all funky and you’re forced to adapt. That mild chaos makes an otherwise tedious hobby exciting on a daily basis, and I hope this game can capture a bit of that go-with-the-flow sensation, even if it’s greatly sped up.

It’s not likely to catch on with a huge crowd, but the premise and tone alone were enough of a motivator for me to want to cover Winds & Leaves. What a lovely idea.