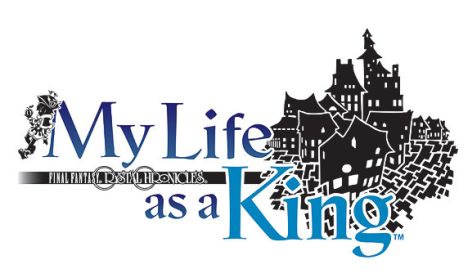 I have to admit, today was an exciting day for me. I got up, got settled in front of my computer and started to go down the list of morning to-do’s. The Virtual Console update is usually first on my Monday list, but I realized I didn’t have a press release from Nintendo yet, and it seemed a bit late … wait … is today May 12th? WiiWare launch day?

That means, among other titles I am actually interested in playing, that I have a new Square-Enix game to play today.

Hit the jump to check out my first impressions of Final Fantasy Crystal Chronicles: My Life as a King.

No matter whether or not I enjoy a Square game (and believe it or not, sometimes I don’t), the quality of the experience is always high — from music to surroundings, I expect a lot when I turn on a game made by them, and I’m rarely ever disappointed in that aspect.

Final Fantasy Crystal Chronicles: My Life as a King upholds the usual standards, opening with a pan of the kingdom you’ve just discovered. The story is that you (miniature king) and your two loyal assistants have wandered for years, refugees from a destroyed homeland. The game begins when you finally arrive in the land established by your father, gifted to you by him. I sure appreciate that, Dad, but it would have been swell had you given it to me a little sooner…

The king will soon learn Architek, a magical skill that allows him to rebuild the land he has found from a barren field into a prosperous kingdom. After creating your first house with its power, you’ll start to learn about the ins and outs of life as a king, which apparently includes a whole lot of micromanagement (think reading budget reports, issuing adventurers on quests, erecting shops, etc.)

Character design is crisp and extremely cute, with a touch of the slightly deformed look from the previous Crystal Chronicles titles. Along with new characters Chime and Hugh Yurg, you’ll meet familiar faces, such as the ubiquitous Mog brothers. Any fan of the series will adore the look from the word “go,” as everything about the game fulfills those consistently charming standards.

Personally, I found myself slightly disappointed with one major aspect — the fact that you send adventurers into the field to explore and fight for you, eventually conquering dungeons and bringing back the spoils. I’m certainly not condemning the idea, but being a hands-on type of player, I was hopeful to experience combat personally rather than indirectly. Fans of strategy titles should enjoy this aspect, however.

The title may develop more later, so I don’t want to pass judgment just yet, but it looks like My Life as a King is shaping up to be a casual resource management game so far. I hoped for more, but as soon as I adjusted to having a different type of role than I usually do in the games I favor, I found myself enjoying it. It’s extremely pleasant without taking a lot of your energy, and since it saves every night when your character goes to sleep, it makes it very easy to pick up and play whenever you want.

So, should you download it? Yes, if you love all things Final Fantasy, especially the Crystal Chronicles series, and definitely if you enjoy strategy and resource management. If you prefer to swing your own sword rather than ordering some guy to go swing it for you, you may want to pass.