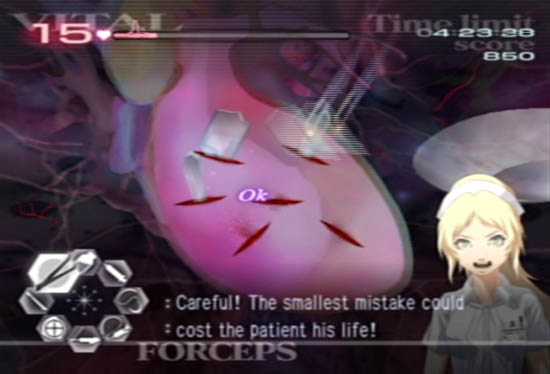 They’re working with researchers to develop a program that would let would-be surgeons use their Wii consoles to practice the specific physical movements involved in surgical procedures. Think of it as fun homework.

To test Wii training effectiveness, researchers asked eight residents to play Wii games an hour before virtual surgery. It turns out that the ones that “warmed up” on the Wii scored 48 percent better for tool control and performance than ones who didn’t.

You’d imagine that they would’ve played something like Trauma Center, but games like Marble Mania were favored as they involve small, precise movements of the controller.

Dr Kohel told New Scientist magazine: “The whole point about surgery is to execute small, finely controlled movements with your hands, and that is exactly what you get playing. But you don’t gain a lot from swinging an imaginary tennis racket.”

Hit the jump to see a Wii gamer that I wouldn’t let perform a surgery on me.