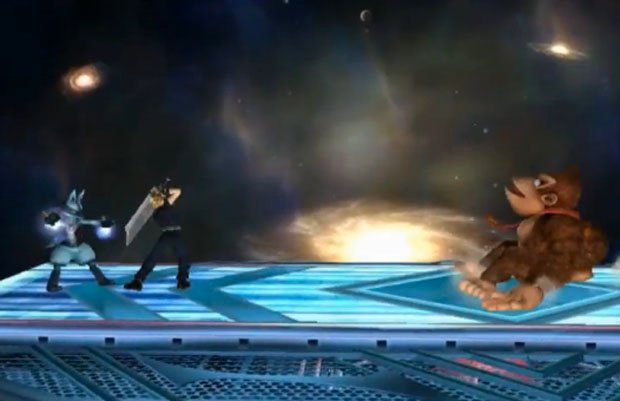 The two games that won’t ever die come together through a little hackery. Cloud Strife, the spiky haired hero of Square Enix RPG Final Fantasy VII, has been inserted into Nintendo’s Super Smash Bros. Brawl, Buster Sword and all. Cool idea, I guess, but the modders must have made sure Cloud had his Generic Materia equipped as it looks like Cloud is wearing a tight-fitting Janitor’s worksuit. You can see him in action in the video above?

Me? I’ve got no opinion. I’ll let a commenter from Game Videos do the work:

It’s just a slightly modified Ike, and it really doesn’t even look like Cloud. Frankly, I don’t know why modders waste their time make such lame changes to the game. If you’re going to go to all the effort to change the game, then actually do something good.

And, after being scolded by another commenter:

No crap I couldn’t do it. That’s hardly the point. The point is why bother wasting so much time on something that’s this lame or half assed. There are plenty of things that I can do extremely well, but I don’t waste my time and talents doing stupid things.

I love that I work on the internet.