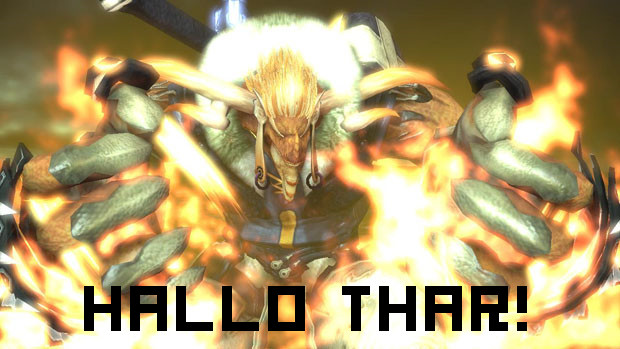 I was incredibly hyped for the original Magna Carta, but those that played it told me to save my money because it was rubbish, and thus I never played it. That was many, many years ago, and it’s taken Namco Bandai all that time to announce a new one. Why is this? Apparently because it’s very different from that “rubbish” game I saved my money on.

“It’s been about four years and eight months since the announcement of beginning development on this project,” explains production manager Yoshihisa Kanesaka. “One of the biggest reasons as to why it took so long to develop this game is we wanted to build a new battle system from the ground up. This game has a completely new battle system.

“The second reason is the illustrator, Kim Hyung Tae, wanted to make sure the models that were developed very closely match his illustrations drafted for the character design. We put a lot of energy into these two things from the ground up which is why it took so long.”

Magnacarta 2 will be a very different game from the last one, set on an entirely new world with fresh characters and a revamped art style. However, the story will focus on themes of “sacrifice, love and destiny.” So, it’ll still be very much like every other JRPG out there in terms of plot. We’ll see whether this game can rise above the tropes and clichés of the genre, or whether money will have to be saved again in future.