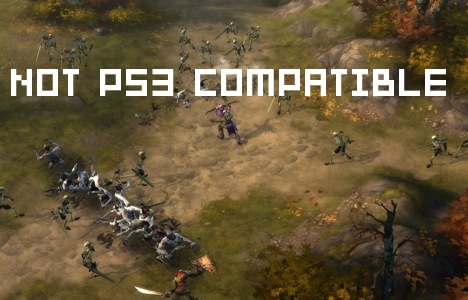 The answer to the question of Blizzard taking Diablo III to a console is mired in a bit of a mess right now. CVG is reporting on an interview with Blizzard’s COO Paul Sams and The Guardian about a release on either the PS3 or the Xbox 360, and the answer is unclear.

I don’t know yet. A lot of it depends on whether we think the gameplay experience will be the same on console, especially regarding the controls. Also I’d like to keep our audience together.

Sams then went on to comment on the give and take that developers face when porting a game onto a console.

When you are developing for multiple platforms you sometimes have to compromise. We aren’t willing to compromise. We have relationships with all the console manufacturers. I know they would love to have us on their platforms, ideally on their own and not their competitor! But it’s all about the game experience.

For quick reference on the whole matter, I got out my copy of Baldur’s Gate: Dark Alliance and rapidly starting killing rats in a cellar. I can now personally confirm that Diablo III’s action will translate to a console. For future review, I think I will try running across the city map in GTA IV. I assume that hitting the “A” button that many times in succession is bound to give me an even better idea of the Diablo III experience.

Doesn’t this just seem like Blizzard is trying to be inclusive for the sake of it? I can certainly understand how it would be troubling to port a game designed specifically for the mouse and keyboard, but many developers have succeeded in this regard. Furthermore, I find it laughable that Blizzard is probably going to be willing to take the time to make Diablo III Macintosh compatible, but the idea of going to a console is just too silly.