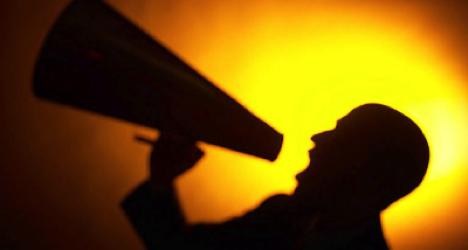 With Metal Gear Solid 4: Guns of the Patriots being released ever so soon, a few of us here at Dtoid started discussing what effect the game’s release could have on Sony’s big black console. Would it be the the system seller that so many think it may be? Will it be it the title Sony needs for the PS3 to gain mass market appeal and get a bigger foothold in the industry? And more importantly, is there a even such a thing as a “system selling” game these days?

While we didn’t get around to coming up with definitive answers to all these burning questions (oh, how they burn), we did have something that is rarely seen on the Internet: An actual conversation. And after the jump you’ll be able to see my take on Sony’s current market position and how, if at all, MGS 4 will affect it.

[Special thanks to Joe Burling, Orcist, Samit, and Aerox]

Over the course of the last few console generations, the amount of console system exclusives has slowly dwindled. The reasons for this phenomenon are pretty obvious to even the casual observer: Games cost more more money to create, so companies need to increase their revenue on each game. Of course, what’s the easiest way to way to do this? Multi-platform releases.

While some series fans may object to this idea strenuously (Devil May Cry idiots, I’m looking at you), the rest of the rational world sees this as a natural progression. But how do the console manufacturing companies view this trend? Do they quake in their boots now that things have been somewhat evened on the software playing field? Probably not.

On the console price angle, most companies will admit that the current console prices, along with the launch prices, are way too high (unless their PR people or Ken Kutagari are speaking). The release price of a console is never at mass market levels and it is rarely intended to be. The launch price is there for the early adopters to help the manufacturer out by deferring some of the cost of developing the console. If you’ll recall, everyone except Nintendo loses money on launch systems, and this tactic is called “loss leader.”

After the “loss leader” is out on the market, the first year is a very important determining factor in bringing down console price. Along with resizing motherboards and whatnot, a (hopefully) high initial install base means more software revenue, which then gets funneled back into lower system prices, which leads to more console sales, which leads to more software revenue, and on and on ’til the manufacturer can hit a mass market price point with their unit.

The generally accepted target price for any console to go mass market by any manufacturer is $199. Just like the crucial tipping point for HDTVs was $999, the magic number for game systems is $199. The PS2 was a high-end item and only sold to first adopters until it hit the crucial point of $199 at retail. At that point, they started flying off the shelves. The same could be said for every console ever made, too. Now this magic number may have changed slightly since the days of the PS2, but the fact remains: the lower the price of the system, the more people will buy it.

Another point is that companies still know this fact. Microsoft has gone on record stating that the main reason for the low-end 360 (the one without a hard drive) was to be the first of the next-gen contenders to be able to push a console SKU below the 200-dollar mark — the unofficial sweet spot. It may be a retarded SKU by the hardcore’s definition, but it will be under the magic “price point” and will then become a direct competitor for the potential Wii buyers. (Gimpy 360 for $199, or Wii for $249? Tough call for the average consumer.)

Since Sony is so dependent on the new tech of the Blu-ray drive and the mandatory HDD in every unit, it’ll take one heck of price drop for them to catch up and hit this mark. Either they’ll have to redesign a system with a smaller HDD drive, remove the Blu-ray player, or just suck it up and take even bigger losses on hardware.

Sadly, I don’t see any of these being fiscally feasible in the near future. Sony has already done what they can in this year to lower their cost of PS3 manufacturing, and they’ve only gotten down to $400. If previous console generations are any indicator, it looks like the Sony’s competitors are winning the race to the mass market’s wallet, which is no bueno for Sony.

So with that being said, we come back to the idea of the “system seller.” A lot of eyes, fans and analysts alike, are watching the release of MGS 4 rather closely. Even though it has never been a system seller in the past, the new installment of Kojima’s series is one of the last three big guns that the Sony camp has left (FF XIII and Gran Turismo 5 being the other two), and more than a few people are expecting the game’s release to be a watershed moment for the PS3. Will MGS 4 sell enough copies to push the PS3 into the home of millions?

If history, combined with obvious economics, is to be relied upon, probably not. While there will be a huge jump in console sales when the title is released, just like with the 360 after the release of Halo 3, the sales spike will fall off in a month and return to reflect normal market factors such as console price. Then again, one can hope that MGS 4 really is the magic ticket, but if not, it’s going to be a pretty close race between 360 and Wii for a long time (360 and Wii will hit $199 first, guaranteed) with the poor PS3 left in a respectable third place.

But don’t count PS3 out, though! While MGS 4 may not become its saving grace, left to its own devices, the PS3 will be a very sustainable long-haul system. Sony fully intends to keep supporting their baby much longer than, I’m sure, the the other two guys intend to. The only issue with that is, unlike last generation where the PS2 led the market pace with GameCube and Xbox trailing behind with lower install bases, the PS3 is the current trailer here and could be eclipsed by new tech introduced from the other two companies within the next five or six years. While a solid investment as far as longevity goes, market direction is no longer being delegated by the big S as it was before, a factor that the company (arrogantly?) didn’t factor in when planning their “10-year life cycle.”

Regardless, it’s becoming more and more apparent that the ever-so-important exclusives of yesteryear are becoming less and less relevant in today’s high-priced console market. And with the eventual release of the next next-gen consoles, I hope that the then-manufacturers of those consoles will have learned that no one game will make the mass market part with a shitload of cash for a system. And then maybe, just maybe, companies will realize that the days of the “system seller” are gone.