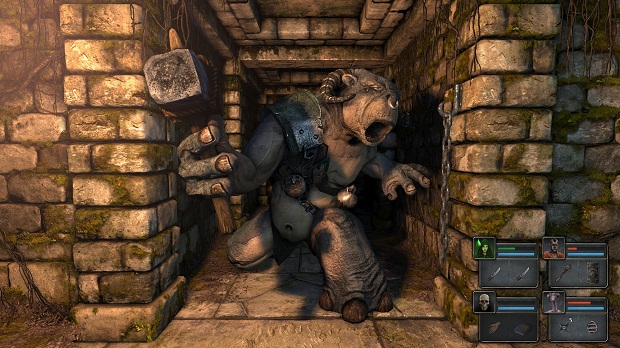 If you were pondering buying any titles from the Elder Scrolls franchise but missed out on the Steam midweek sale, then GamersGate has you covered with up to 60% off Morrowind, Oblivion, and Skyrim. They also have a sale on tower defense titles like Sanctum and The Unstoppable Gorg.

Steam is offering daily deals this weekend on a range of THQ titles; at the time of writing, Metro 2033 is 75% off, but you can still save a bunch of cash on the THQ Collection which includes titles like Titan Quest, Darksiders, and Saints Row: The Third.

Elsewhere, Amazon.com has an amazing EA bundle which includes Mirror’s Edge, Bulletstorm, Burnout Paradise, and more for just $9.99, a reduction of almost 90%. The site also has 50% off Darksiders II and 40% off Sleeping Dogs. If you’re looking to save even more, use coupon code OCTOFUN1 for 25% a single item. Note: this can’t be used on pre-orders or games released in the past 30 days.

In celebration of the release of the level editor for Legend of Grimrock, GOG.com has cut the price of the classic-style dungeon crawler in half to just $7.49. GOG.com also has a range of Atari classics reduced to 60%, including the Space Quest and Kings Quest franchises. As always, friends, post your weekend PC download deals in the comments below.