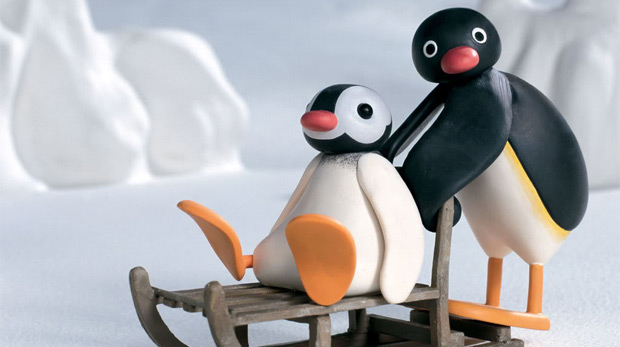 E3 is happening next week! Are you excited yet, or already sick of all the pre-E3 announcements?

Right off the bat I can tell you there’s not a single mention of an Android game this week, so feel free to go straight to the comments to lament the state of Android gaming. In fact this week has slim pickings in general, but there were a few decent games worth highlighting.

If you are going to be watching a lot of E3 streams by yourself, without a friend to go “OMG!” or “Haha are they serious?” over with, there are a few iOS games that make for great games to play while listening to something like a stream or a boring filler episode of your favorite TV show.

This is a pretty fun game. It’s vaguely reminiscent of Tiny Wings, but even that is a stretch. You’re a fish who goes down in the water if you tap and hold the screen. Release, and it goes up in the same amount as it went down. Throughout a fair amount of levels you use this mechanic to collect points both under and above the water, while evading hazards.

Every point item you pick up counts towards a multiplier that you need to keep going, so before long you find yourself jumping up and down throught paths of points to get that precious gold medal and highscore. The simple touch mechanic is not as deep as that in Tiny Wings, and the points you collect pretty much spell out the best path for you, but it’s still very enjoyable and addictive to go after those highscores

You can unlock new “outfits” for your fish as well, giving it a top hat and monocle and the like. This is one of those $1 games you shouldn’t really think too long about before grabbing it, especially if you like these kind of games.

Yep, it’s a Shaun the Sheep game and a BAFTA nominated one at that. And it’s not bad really. You control the big and heavy Shirley, regular old Shaun and little lamb Timmy in a series of physics based puzzles. Shirley can move big objects, Timmy can get through small openings, etc.

Home Sheep Hope has a nice hand-drawn aesthetic to it, which works well with the series’ animation style and doesn’t look out of place. Unfortunately, the game only has 15 levels which you can blow through in about an hour if you want. Every time you die or retry a level, hints pop up in the level to help you out if you are stuck, which is nice for younger players.

It’s about as good and creative a Shaun the Sheep game as you can expect for a small game, but this really should’ve been a free game used to promote the series. If your kids are really into Shaun, it’s worth it to keep them off your back for an hour or so. Alternatively, play the Flash version for free here.

The original Save Toshi (first 20 levels free on iOS) saw you do physics-based puzzles in order to get a Japanese pop star on a dance floor. Because a demon had made her forget how to walk, but not how to dance! Right.

The sequel sees you do the same stuff, except this time you have to get rid of zombie Toshi clones using the same physics puzzling. It’s a bit harder than the first game right off the bat, mostly because you have multiple zombies to get rid of. Nothing mindblowing here, just think “free Angry Birds in 3D” and you’ve got the gist of it.

The classic Speedball 2 has been on iOS for a while, but it was free for most of this week and is still free today at the time of writing. You should grab it because it’s free, but it’s not as good on the small screen as it was on the old TV or monitor. The controls don’t quite work as well as with the old keyboard or one button joystick, but you should just see for yourself. I think I’ll wait for the iOS remake of Bitmap Brothers’ Z instead.

The iOS and XBLIG revamped version of Techno Kitten Adventure is out this week, during E3, so ehm… don’t forget about it? I’ve been playing a preview build, and it’s about what you would expect. More kittens to unlock, a free level with the game and extra levels available through in-app purchases, and more of the oontz.

We’ll have more on Techno Kitten Adventure next week, but it offers more than the old XBLIG one ever did and adds things like dolphins all over your face and a pterodectyl with… a bow tie? Hey, the Doctor says they are cool so why not?

Chrono Trigger anyone? No? What about if we add in some Seiken Densetsu 3 for the real-time combat? Fantastic Knight looks like it might deliver on the demands for more new games that are like the old games we loved, without them being a remake, and a glance at this trailer left me pretty excited.

Info is pretty scarce, although if you are not sold by the concept of a 16-bit era RPG with realtime combat, nothing else is going to sell you on it.

Is this what the future of tablet gaming will be like? If so, sign me up. Saw this on Touch Arcade this week, and the game already runs and looks stunning when running on a Tegra 2 tablet. Watch the devs hook it up to TV-out and play a console game in another video. Using a tablet. Now if only we could find a way to get rid of those required HDMI cables to stream directly to our screens, right Nintendo?

Not every game is great to play while watching something on a screen. Too many games take too much concentration, which makes you zone out on the audio and miss key things. In most movies or TV series, you can use the music as a cue for when to pay attention, but some games just take you out of it far too much to still pay attention. Which is great for the game, but not so great if the main idea is to not get bored while watching a conference.

Angry Birds is a no-brainer of course. It offers lightweight puzzling that can take many retries to perfect, but it never asks you to think too hard. The same holds true for Tiny Wings, which lets you easily track anything that goes on in the background while you try to beat a highscore for two hours straight. In a similar vein, this week’s Mighty Fin offers the same type of gameplay although focusing on points to grab does take a bit more attention than it does in Tiny Wings.

The space tower defense game Starbase Command does require some attention at first, but after about half an hour it just becomes a time grind to get to the top scores — some of which run up to 6 hours or survival. It’s still fun to check an asteroid field and replace turrets once you’ve built everything, so it’s great for filling time without having to pay much attention.

Bumpy Road is another good one, although you have to play it without the charming music. Because you’ll die a lot, at least you can unlock some story photographs while you are watching a boring conference livestream right?

Finally, Hook Worlds is always a good go-to game whenever you are bored for only a few minutes. Tap to swing a hook, use it to gain momentum, and swing again. Some great and simple gameplay fun which can last you pretty long to get proper scores. Best thing of all: you don’t have to think about it while playing it!