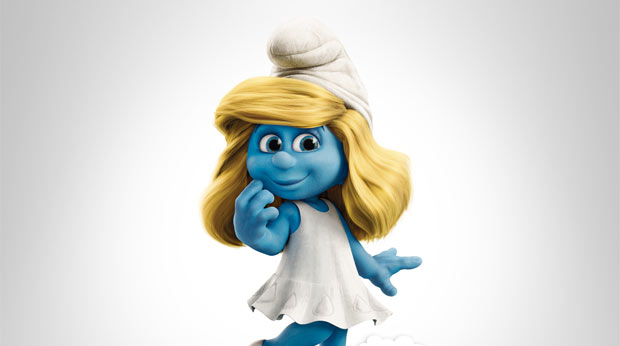 Because I’ve been away for most of the weekend to sightsee the hookers in Amsterdam with Dale North and Dtoider Takeshi, this weekend edition of the mobile roundup is a bit shorter than usual. Short like the terrifying blue-painted midget Smurfette that was looking to score in the Red Light District.

Retinas were burned, but some of these games are pretty good! And apparently 101-in-1 Games (iPhone, $0.99; Android, free?) now has 121 games after an update, reducing it to one of the more ridiculous names for a mobile game to date. It looks like it only has 101 games on Android though. Oh well.

Catch The Candy shares some face value simularities with Cut The Rope, in that it’s a puzzle game where you are a cute critter who needs to get his candy in order to complete a level. But that’s also where the simularities end.

The game’s creature has an extendable arm that he can use to attach to certain materials and then draw himself in. It works a bit like a retractable hook that you can use to sling yourself to sugary success. You can also use your arm to hit objects away, or to grab and reign yourself in over the ground. The puzzles get pretty creative and there’s a soundtrack that is bound o get stuck in your head for days after. Especially because it loops every 40 seconds or so.

While many levels tell a cute little story in the way they are built — like starting next to a girl critter on a park bench under the romantic moonlight, only to leave her behind to find the candy — others can be a matter of having luck with the controls.

Especially the levels where you have to climb over trees or “hills” can get annoying, because it’s easy to slide back down once you’ve grabbed yourself to the top of a tree or object. And when there is nothing else to grab hold of but the top of a tree, you end up trying to propel yourself over the top, over and over again. All the while, highscores are measured in the amount of “arm whips” you require to complete a level. It doens’t help that you tend to touch where you want to attach yourself to, but doing so obscures some of the level by your finger.

Some of the levels do get smart with the physics system though, like requiring you to hit a cannonball out of a cannon so it lands behind the candy and makes it drop down a ledge. Other levels make you swing yourself into a basketball net three times, play a game of pool, or use a crate and a seesaw to launch yourself upwards. Every level is different from the last one and, a few odd exceptions involving ledges or trees notwithstanding, they are pretty fun to play through.

Then again, you’re not likely to go back and play them again for a higher score. Hopefully some additional levels will go crazy with the more physics-based puzzle approaches, as Catch The Candy is the most fun to play in those type of levels. It’s a creative little game that plenty of people will enjoy, but more and harder levels that draw from its strengths would really help this game.

I mentioned Mechanic Panic a few weeks back when it got its major update, but the game is now free! It’s a great little game and very addictive, so you should give it a try. The update added some upgradable skills which add to the replayability factor, and.. it’s free.

Another game I mentioned under the “Good cause” section before, Stem Stumper is now only $0.99 until May 21st for a White Cane Safety promotion week. As the game is especially made for the blind, and does this successfully with full support for blind and visually impaired people. If you know someone who can’t see and still likes to play games, let him or her play this game for a change.

Tilt to Live HD for the iPad is on sale until the end of Sunday, which might be worth checking out. The game is free with an in-app purchase for the full version, but 80% off is pretty decent if you were in need of some cheap iPad stuff to play around with. Too bad the iPhone version isn’t on sale too.

I can’t stand this type of game myself, but Spoing looks fun enough for fans of platform creation games. It also appears to have a giant pig bat enemy in one of the screens, so that’s a plus.