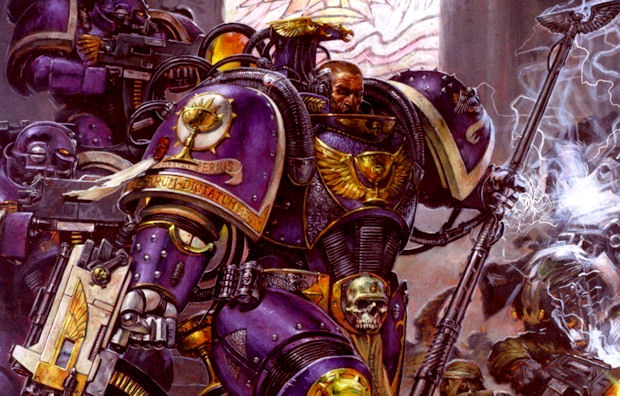 THQ is doing really quite well of late, especially with its collection of original and promising games. It’s doubtless been helped along by the Warhammer 40,000 license, with Dawn of War being a superb and popular franchise. Who can blame the publisher for believing that a Warhammer 40K MMO could last for at least seven years?

At THQ’s conference call yesterday, the publisher revealed that it would be showing off 40K at E3, and that it believes the game will be its biggest money maker.

“The highest ranking revenue opportunity for us clearly is the Warhammer 40k MMO,” stated THQ chief Brian Farrell. “Again, I encourage you to come by and see what we are seeing at E3 with that when we fully unveil it, but we think we are going to have a very competitive MMO.

“As you know, one of the big wins there is when you are successful with those properties, you have a long life on both revenues and cash flow, that’s not just one year or two years it can go, five, six, seven years. So that’s probably the biggest opportunity.”

The 40K MMO is in the hands of Vigil, who proved themselves with Darksiders. It’s in good hands, it doesn’t tread the usual high fantasy ground, and everybody loves a little 40K. It’s certainly got a better start than most wannabe MMOs, and I wish it all the best. It might be the kind of MMO I could really get into.