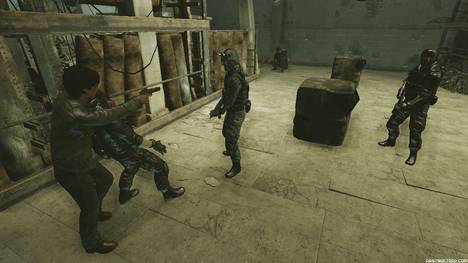 Wanted, the Warner Bros. Interactive published game based on the movie (based on a comic) that was quietly announced at this year’s E3 now has a new name: Wanted: Weapons of Fates.

And what does that mean? Well, Rearmed turned out pretty well. And I’ve liked what I’ve seen and played of the next-gen Bionic Commando title. Plus, these are weapons of fate we’re talking about here, and you don’t — under any circumstances — mess with fate. Or its weapons.

Wanted: Weapons of Fate is being developed for PC, PlayStation 3, and Xbox 360. Wikipedia says it’s coming out this December, but my money is on seeing it in 2009.