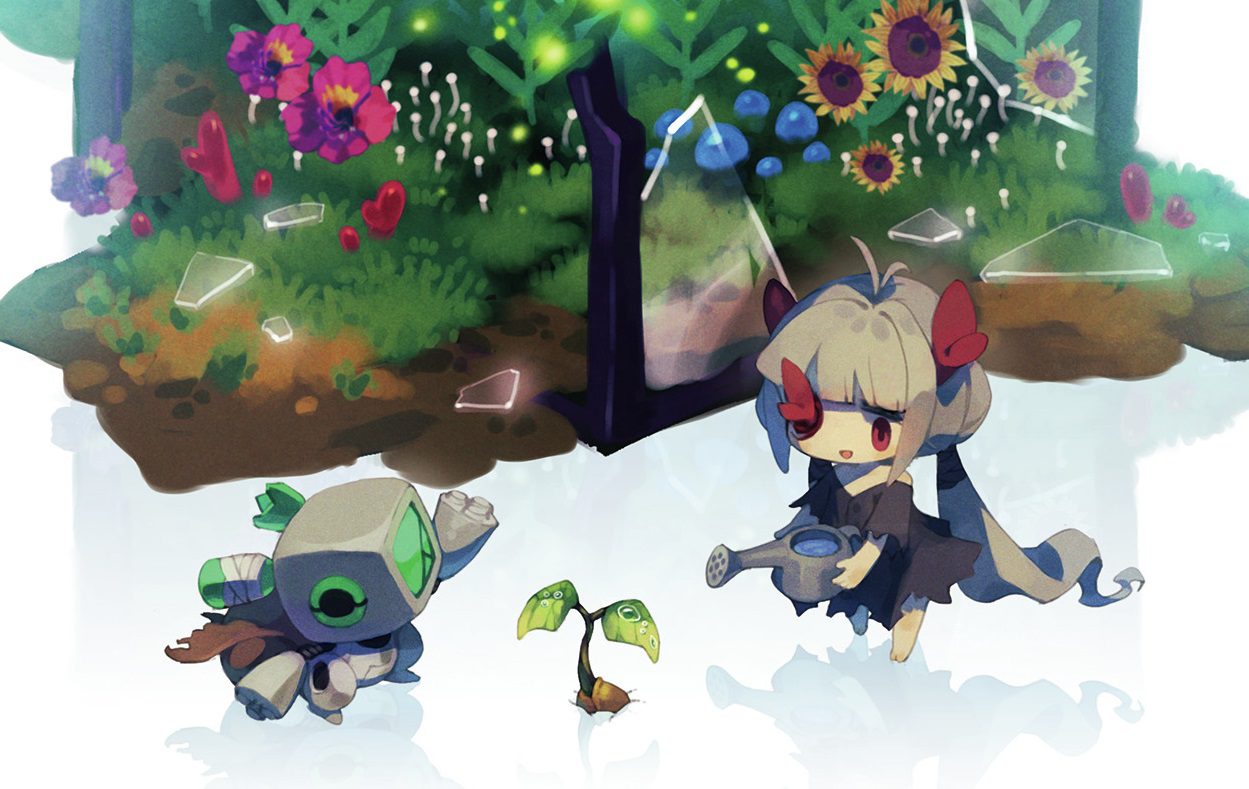 Nippon Ichi Software has announced that its charming but morbid survival RPG Void Terrarium is to receive a sequel later in 2022. Void Terrarium 2 – or to give it its full name “void tRrLM2(); //Void Terrarium 2” — is currently in development for PS4 and Nintendo Switch.

While details of the new sequel are currently slim, it seems that once again a brave little survival bot will be tasked with the protection and evolution of the last human on Earth — the young Toriko — as she attempts to thrive, or even survive, in a miserable post-apocalyptic world. Unable to brave the outside world due to its toxic atmosphere, Toriko remains within a weak glass terrarium, with the player controlling her robot friend as its scours the land for resources, nourishment, and other elements to make Toriko as comfortable and as happy as she can be in this painful, desolate world.

While Void Terrarium has lovely storybook visuals and cute and charming thematics, it is also decidedly grim and distressing. A sickly girl, young Toriko suffers from an abundance of gruesome body-horror illnesses, which must be cured with remedies from the environment. Of course, there is also the ever-looming presence of the end of the universe, and the inherent loneliness of our protagonists. I’m not describing this as a disparaging statement against Void Terrarium, but for yer boy — who has legitimate and serious empathy issues — even just the original game’s trailers were a little much for my tear ducts.

Still, for those of you who enjoyed this incredibly weird but intriguing release, know that there is more adventure en route. While NIS has currently only announced Void Terrarium 2 for Japan, we can very likely expect a localization through its western arm NIS America. So stay healthy, stay tuned and perhaps check out our own CJ Andriessen’s review of the original game.

Void Terrarium 2 is scheduled to launch in Japan for PS4 and Nintendo Switch this summer.