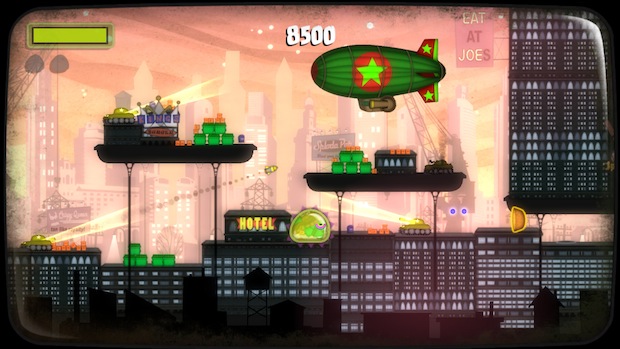 You may remember the PSN title on PS3, Tales from Space: About a Blob, Mutant Blobs Attack. This follow-up will new game modes and new features that use the Vita’s controls. Touchscreen and rear touch will add to the sidescrolling platforming, and the game’s “Tilt-a-Blob” levels will use the gyroscope. When it’s done, of course.

“We are all very excited about PlayStation Vita and to be part of the launch,” said Ryan MacLean, CEO of DrinkBox Studios. “The system’s next generation features have allowed us to really think outside of the box while developing Mutant Blobs Attack – it feels as though the technology has in some areas exceeded that of its console counterpart. We’ve had a lot of fun creating the game and we’re working hard to get it out as soon as possible!”