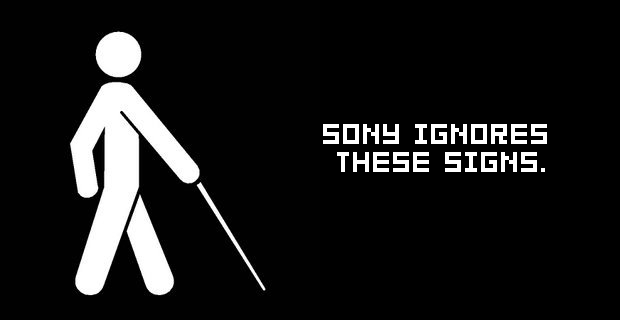 It’s tough to be blind or visually impaired. I think we can all agree that that is a true enough statement. You probably miss out on a lot of great things. Playing videogames would be one of those things that completely blind people miss out on (unless they’ve mastered echolocation), but what about those who are only visually impaired and want to play games? Shouldn’t they be considered when game designers make games? A new lawsuit filed against Sony thinks as much.

Disabled gamer Alexander Stern filed suit against Sony, Sony Online Entertainment, and Sony Computer Entertainment America in the United States District Court for the Central District of California. He alleges that Sony is violating the Americans with Disabilities Act by not implementing any features that make their games accessible to visually impaired gamers. The suit claims that despite repeated requests via e-mail and snail mail Sony has completely denied the idea of making reasonable modifications to their games in order to make them more friendly to those with “disability impaired visual processing.”

Sony doesn’t comment on pending litigation, but aside from the monetary loss I’m pretty inclined to agree with Mr. Stern. Seems to me that many of his issues could have been fixed with a simple patch, and I think anyone who played Lost Odyssey on a standard definition screen would agree that being able to properly see and interact with your games is highly important.