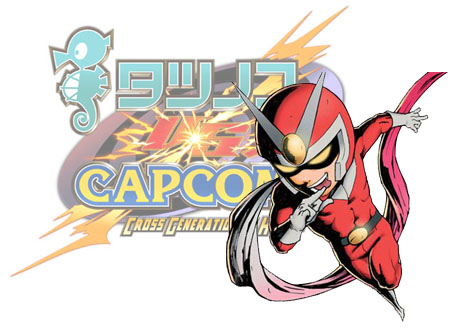 Upcoming Wii brawler Tatsunoko VS. Capcom already has a badass cast of characters, but they’ve stepped it up with the addition of Viewtiful Joe. Joining our boy Joe will be Saki from Quiz Nanairo Dreams (also in Marvel VS Capcom), and Ippatsuman, says IGN. But they pale in comparison.

Capcom’s sidescrolling superhero fanboy will make his trimpuhant return as a playable character in TvsC, fitting right in alongside anime and game heroes of legend. This was revealed today in Tokyo’s Shinagawa area at a fighting event.

The game that we’ll never get becomes increasingly appealing. How much is a Japanese Wii again?