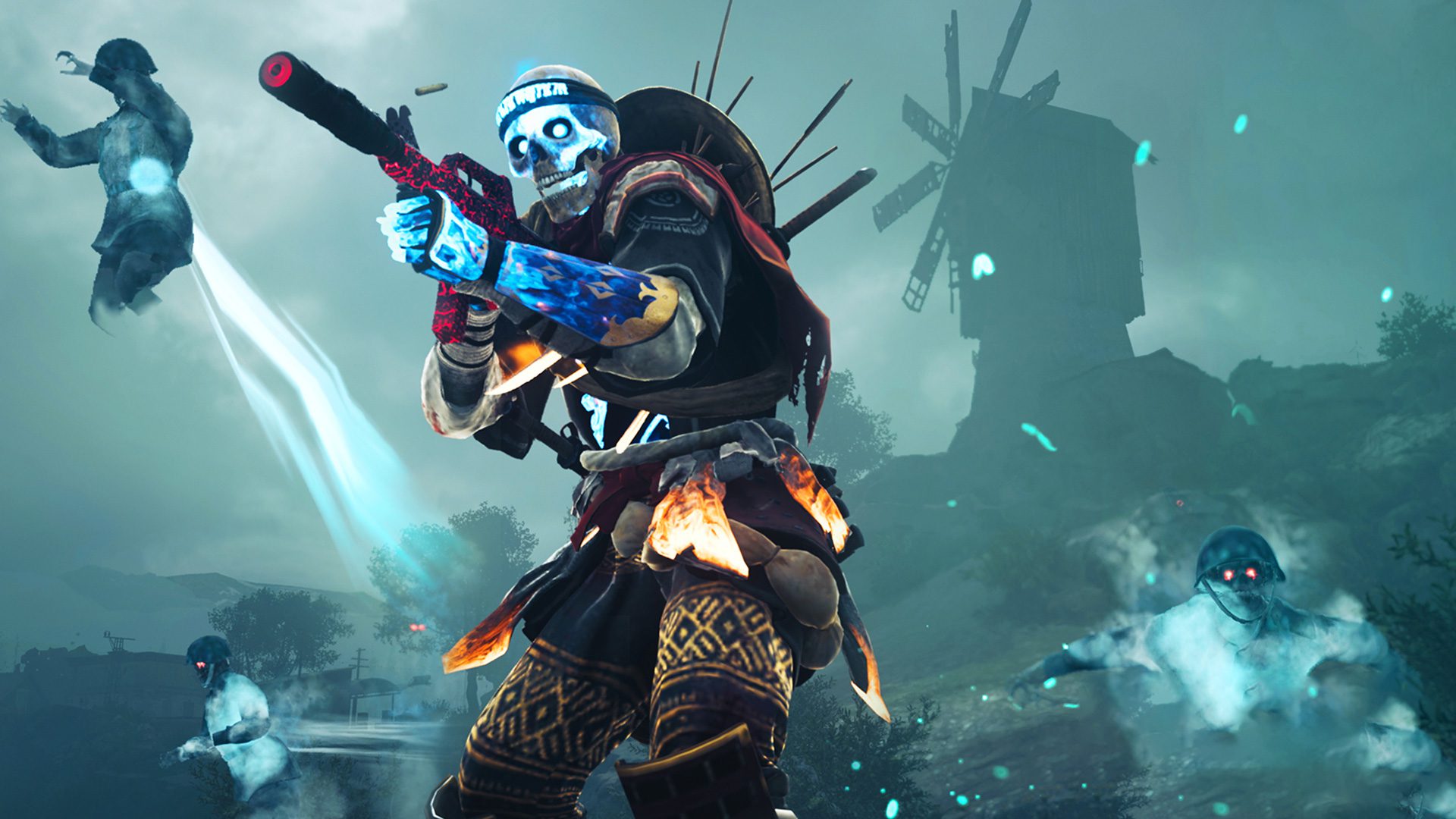 While it’s nice to celebrate Covid cases dropping nationwide, it’s clear that we’re still in the midst of a pandemic. Some things may be slowly returning to normal, but so much of our lives are still not quite the same. Part of me wonders how much will remain changed forever.

Of course, the pandemic has also meant more free time, so just like most people, I’ve spent a lot of my time playing games. I decided to give Call of Duty: Cold War a try last year after being gifted a copy, and I got hooked instantly. Now it’s become one of my go-to pandemic pick-me-ups.

Although I’m still feeling down about certain aspects of lockdown, one thing that has helped me get into the spirit of the season is actually the seasonal event in Cold War, also known as The Haunting. This year’s event includes what you’d typically expect: Halloween-themed maps and zombies modes, new multiplayer modes altogether, and of course, lots and lots of skins and cosmetics packs. 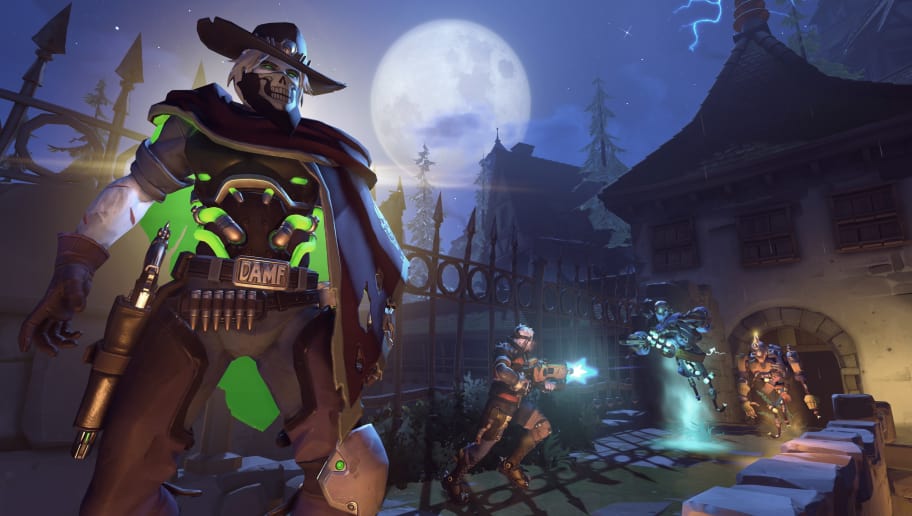 These Halloween events in games never reinvent the wheel by any means, but I always find them to be a lot of fun. In the same way that others enjoy a pumpkin spice latte, these seasonal events are my favorite because they only come around once a year, and the novelty of them makes them feel special.

I always find these things fascinating from a meta-narrative standpoint. It’s difficult to have a solid through line with live-service games like Call of Duty, Overwatch, or Fortnite, so menus, in-game dialogue, and supplementary materials have to do a lot of the heavy lifting when it comes to storytelling. For most of the year, these games usually try to keep up various through lines for the characters and world, at least to maintain atmosphere when you’re playing.

I find it hilarious, then, when the holidays come in and kind of mess with that a bit. Take Overwatch, for example. I played this game religiously for a few years when I was in college, and the Halloween event was by far my favorite. Seeing spooky versions of my favorite map was fun, Junkenstein’s Revenge was Overwatch‘s best PvE event, and as a Mercy main, I always looked forward to adorning my witch skin, because it was one of my favorites in the game. 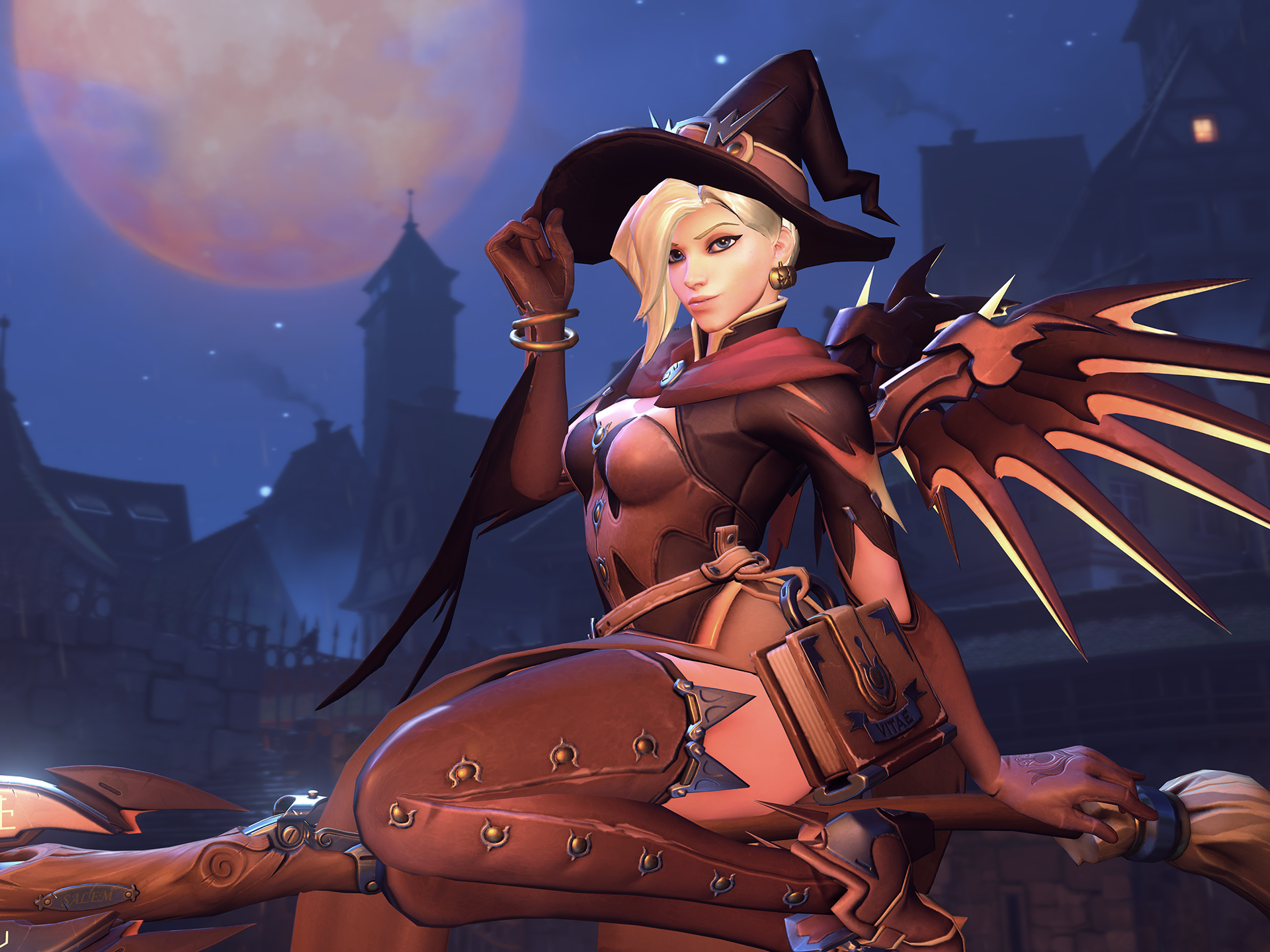 The funny part was, though, I could see the seams of where the game world had to give a little bit to allow for the Halloween stuff. The Junkenstein game mode was clearly out of character for everyone involved — so what, are we just pretending that these people (and robots) all laid down arms to have some kind of weird role-playing session? Are we supposed to assume this takes place in an alternate universe?

It’s a silly, nitpicky conversation — we all suspend disbelief because it’s just for fun — but I find it fascinating to think about all the same.

Then there’s Call of Duty. It’s a very serious war game about very serious people fighting each other tooth and nail for, like, the fate of humanity or something? I don’t know, I always skip all the cutscenes. Anyway, that’s why I find it so funny to have dudes running around in costumes in the midst of otherwise normal-looking players on normal-looking maps. If I get killed by one more Ghostface with those wicked-overpowered double shotguns, I’m gonna lose it (aside from my nerd rage, though, it’ll never stop being funny). 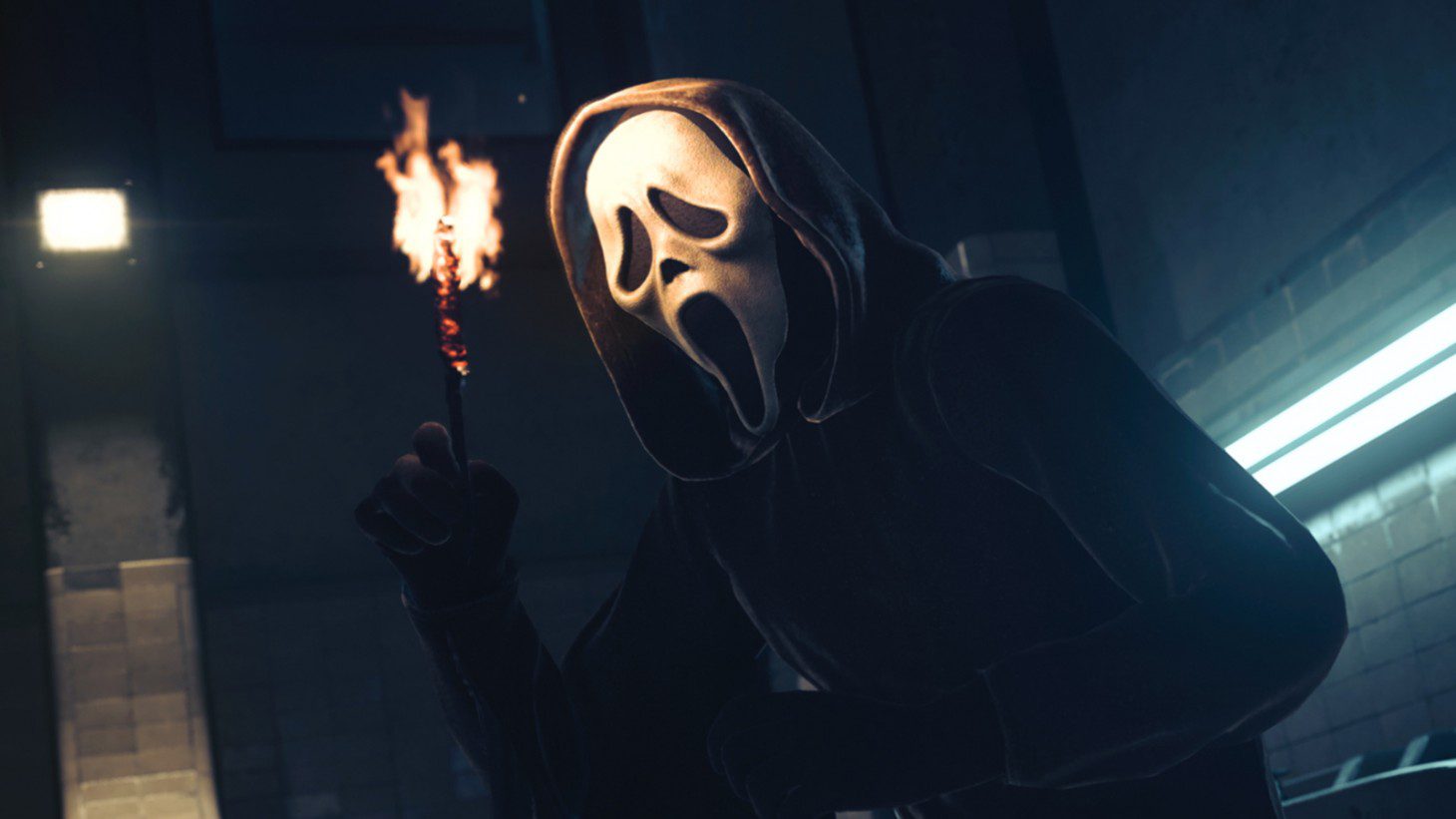 The inherent silliness of these events is kind of what makes them shine, in my opinion, because they’re a great reminder that video games are supposed to be all about having fun in the first place.

Playing these games has helped numb the sting of what we’re missing out on again this year because of the pandemic. At the same time, though, not being out and about as often has made me realize that so much of what I love about the months leading up to a holiday is that I see all kinds of decorations around — at the store, in my neighbors’ yards, in restaurants.

So while I may not have those things around me all the time, I do get on Call of Duty almost every day. I didn’t expect a seasonal event in a game would be the thing to make me feel like Halloween is really here, but it achieved that all the same. It’s a small thing, but having that sense of normalcy, of time passing, makes a huge difference in getting me in the spirit of the season.