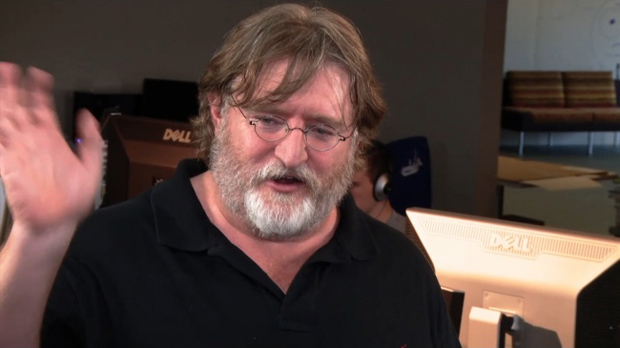 But it’s what fans want

Speaking to The Washington Post about Valve’s relationship with fans and the blurriness that exists between “customers” and “creators,” co-founder Gabe Newell touched on the Internet’s obsession with him. From the sound of it, he’s got a good outlook about it.

“I think what they’re really trying to say is that, ‘oh, you’re on this other side of this divide with us, the customers?’ as opposed to the CEO of General Motors who has an army of people around him to keep other people away from them and stuff like that,” he explained. “I really think that’s not about me personally, or so much about the company so much as a recognition that these companies that are engaged with their communities are going to be really well received in the future by mass audiences.”

Continuing, he said “[fans] hug me when they run into me. I’m not a hugging person, but that’s what they want. I was with my kids the first time that happened in public, and my kids were pretty cool with it. But I wasn’t. ‘Dad, roll with it.’ Even now, I’m learning from our customers.”

While I find that anecdote to be funny, it wouldn’t be a Gabe Newell interview without forward-looking insight. Asked about the future, he said “I really think that probably the most outlandish idea I have is that the Internet will replace portions of functions traditionally performed by corporations — that it’ll be better at those old Coasian concepts of organizing labor and allocating capital: That the Internet will beat corporations over the next 20 years.”