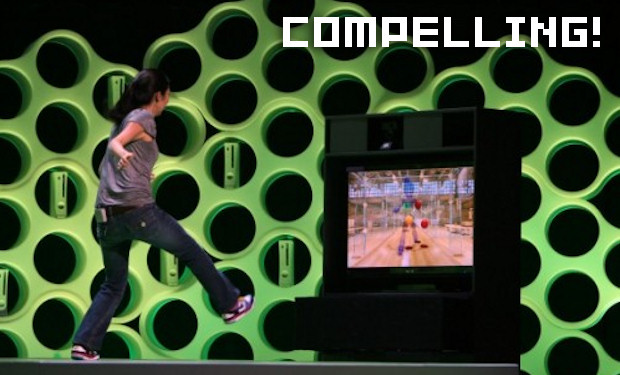 Following our interview with Left 4 Dead 2 writer Chet Faliszek, we had a chance to just talk about the industry at large, and touch upon a few interesting points. You already got to read about Chet’s views on morality in videogames, and Doug Lombardi’s take on used sales. Chet also shared his views on the industry’s push toward motion control, Microsoft’s Project Natal in particular.

“Have you seen Natal? We got to check it out here, and it’s actually really cool,” he says. “Like, there’s someone running around, jumping around and someone else walks up and it instantly recognizes this other person, splits them off and [they do] their own thing. There’s a lot of coolness around it, but I’m not sure about the game that comes with that, and I’m not sure, personally, how much I wanna move around. I’m a lazy, lazy man. I don’t want to move. I don’t want to be fatigued playing a game.

“I think Wii hit it out of the park with the titles that it shipped with. I bought two Wiis, and they’re both [for visiting] family, and playing. I can’t seem to box them up and carry them, so I had to buy two. [Wii’s launch titles] are perfect games for that … I haven’t found much else that’s compelling. I want to see the compelling game first.”

That’s the big question, really. Will Project Natal pave the way for compelling, interesting games, or will developers do with it what they did the Wii, and simply churn out shovelware that completely disrespects the technology and does the system a disservice? Something tells me that we’re going to see a lot of crap borne out of Natal. One can hope against hope, though.