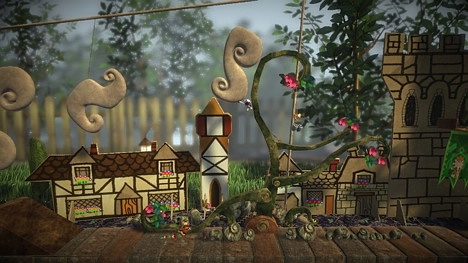 According to the latest PlayStation Underground newsletter, Media Molecule’s LittleBigPlanet is slated for an earlier release than expected. The newsletter indicates that LBP will be “available” on October 7th instead of its projected October 21st release date. Is this an error on Sony’s part, or has the date been pushed up?

I’m thinking this newsletter is a response to my ritualistic sacrifice of a squirrel on every Wednesday for the last two years. Initially, the idea was to appease the gods enough to make my ex-girlfriend grow a mustache, but it quickly turned towards an earlier release of LBP once I got excited about the game. Thank you Gehingkji, god of release dates, for drinking the blood of the victim and pushing up the release.

Unfortunately, this is probably a typographical error or the result of this newsletter being written before LBP’s date was set in stone. We contacted Media Molecule and Sony, so we’ll be sure to let you know when or if we get a response.

In the meantime, I’ll just keep believing that all that blood was for a reason.

[via Platform Nation — Thanks Steve!]

[UPDATE: We have learned from a Sony rep that LittleBigPlanet is still scheduled for October 21st. This must have been a typo. Also, my squirrel slaying has failed.]