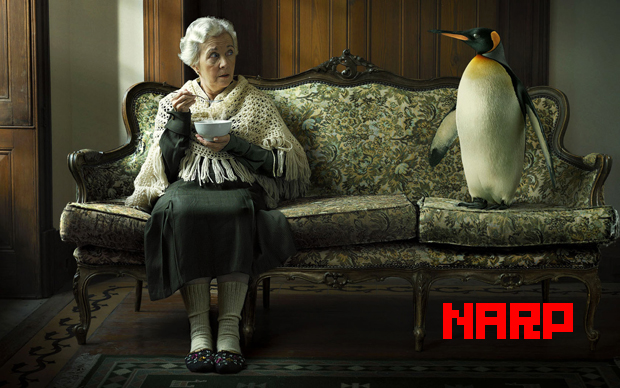 The NARP groups live! Since the last NARP update, a few new Dtoid city groups have joined the ever growing list. Please welcome Dtoid Belgium, Denver, New England, North Carolina and the super fusion of Seattle-Vancouver. None of those groups have anything planned at the moment, but a bunch of the other groups do!

The Baltimore NARP is taking place TOMORROW! Hitogoroshi is hosting the NARP at his place once again starting tomorrow. The weekend is going to be filled with gaming, BBQness and drunkeness.

The BaltimoreDC crew are also hitting up a karaoke place. You haven’t done karaoke until you’ve done it with Destructoid.

Who: DtoidPortland
What: Wolverine movie
When: May 3

DtoidPortland is going to see X-Men Origins: Wolverine this Sunday, and has other events planned for the near future. Contact king3vbo for more information.

Toronto’s LANapalooza is taking place May 8 through May 10. And don’t forget about GAME ON which takes place every first Sunday of the month. 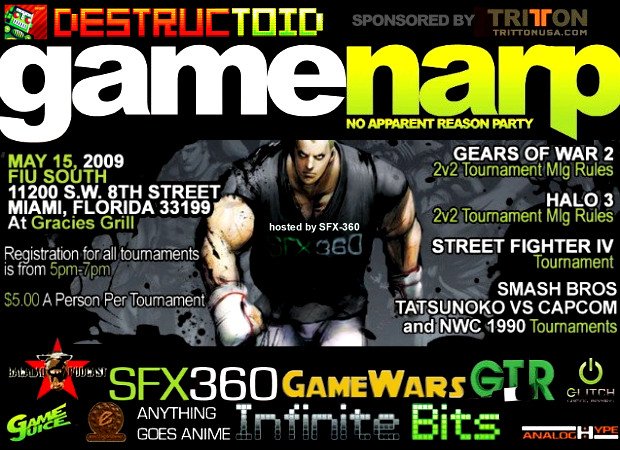 SFX 360 is hosting another gaming event at Florida International University South Campus on May 15. It’s going to have over 100 gaming stations, tons of giveaways, tournaments and voice actor Carlos Ferro (Don Corleone in Godfather II and Dom from Gears of War 2) is going to be at the event!

More details over on the original post. You have no excuse not to go if you’re in the South Florida area!

Dtoid New York is getting together on May 22-23 to celebrate power-glove’s birthday. If you’re stuck on present ideas, just get him some Xbox LIVE points. power-glove has every Rock Band song ever released.

Who: DtoidLosAngeles
What: Six Flags trip; E3 karaoke party
When: June 13; During first week of June

Dtoid Los Angeles is going to Six Flags on June 13!

Team Destructoid is invading LA during the first week of June for E3 2009! At some point we’re going to have a mega karaoke party and you all are invited. We’ll let you know what’s going on once we’ve finalized all of the plans.

Who: DtoidAustin
What: Screw Attack Gaming Convention
When: July 3-5

Dtoid Austin is going to the ScrewAttack Gaming Convention. It’s going to have some special guests and Mr. Destructoid will be at the con as well!

Who: DtoidSanFrancisco
What: Distant Worlds Music From Final Fantasy concert
When: July 18

Dtoid San Francisco is getting together on July 18th for the “Distant Worlds Music From Final Fantasy” concert. The gang will be getting together before hand for dinner and then heading to the symphony.

Who: DtoidSeattle-Vancouver
What: PAX 2009
When: September 4-6

PAX is still months away, but we’re all so excited for it. You can’t miss it! We’ll be announcing PAX related shenanigans as we get closer to September.

That’s all that’s planned for now. Be sure to check out the NARP group list for a list of all the city groups. Check it out and join a group that’s near you. If you want to start up your own group, then send me an e-mail!