It’s a sad truth of the gaming world that the our learning about a game tends to end on shipping day. Before then, we are practically drowned in the deluge of previews, screenshots, demos, trailers, quick looks, hands-on and hands-off observations, open and closed betas, cheesy marketing-directed developer diaries, and “exclusive” early reviews.

But after “Day One”? Silence. Further coverage is left to the musings, retrospectives, forums, post-mortem features and late “due diligence” (a.k.a. They-Didn’t-Give-Us-A-Review-Copy-So-We-Had-To-Go-Buy-One) evaluations. The endlessly shifting focus on the Next Big Thing robs the gaming public of opportunities to learn just a little more about they love to play. Developers in turn lose the chance to help their most receptive, willing audience truly understand these things that took months or years of blood, sweat and toil to materialize.

And while a game should be able to explain itself through play, a typical gamer is unlikely to share the same perspective as a developer. As such, the reasoning behind any one design decision isn’t always clear. It’s all the more important then, that every opportunity to educate the audience must be exploited, lest the question “what the hell were those goddamn devs THINKING when they made this stupid f’in thing?!” be left unanswered. Previews and pre-release hype can only do so much. What’s really needed is after-the-fact education, the clarity of retrospective, for players to come closer to getting the message devs hoped to send. Those opportunities are the ones that lie untaken. Devs everywhere have tried and tried, with easter egg “developer rooms” hidden in old JRPGs, marketing-infused “behind-the-scenes” footage, and art galleries, but few actually get even the most enthusiastic fans to listen. Why bother watching all these boring movies when we could — of course — be playing the damn games?! Games should be played, movies watched, and we don’t play games to watch movies. Even the longest, most Xenosaga-esque cutscenes at least happen in-game. 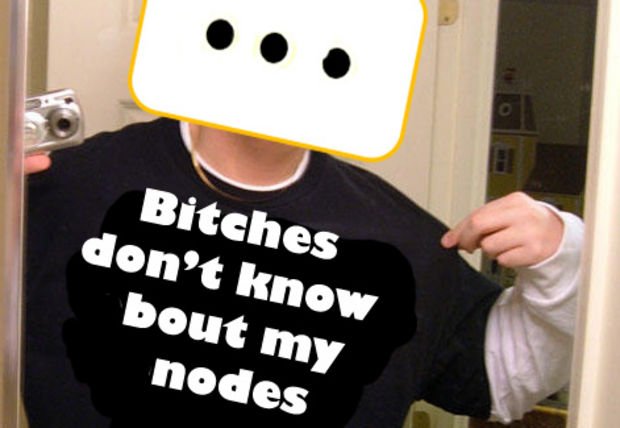 Do you see now where I’m going with this, developers? The best way to get players to know what you went through is to get them to play what you toiled over while you tell them what you went through to bring them that experience. Doing that, you can point out the tiny details that they’d otherwise ignore, virtually asking them “See what I did there? Innit awesome? For players, they gain a deeper understanding of the games they love and greater awareness of the developers who made them. They see just how much thought, love, and care goes into every decision made, the kinds of technical leaps needed to make a game just right. They get it, finally. They’ll know why those sidewalks were so narrow.

As seems to be the case in so many other things, Valve has helped pave the way into this unexplored space. Activating “commentary mode” in Valve’s various Orange Box titles (and Left 4 Dead) lets players play a level of the game as always, except with “commentary nodes” littered about the geography. Using nodes plays a short audio clip of a designer explaining a given decision or process in the game. That might not sound like much, but when you think about it, it’s pure genius, allowing gamers to see a game the way the developers hoped you’d see it, rather than through a personal lens occasionally blurred by cynicism, prior experience, and occasional fanboyism.

Nodes fill various purposes. Some give you a glimpse of things you’d never be able to find out on your own, such as having the delightful Ellen McLain tell players about how she went about voicing GLaDOS, one of the most compelling, memorable characters ever designed:

Others, such as those in Half-Life 2: Episode One, show you things you might have otherwise missed in the chaos of play:

Still others answer the big “what the hell were we thinking” question:

Letting players see just how hard you worked to make your game can get them to see supposedly “overrated” material in a new (and positive) light. Maybe someday those contrarians might realize why you deserve the praise you’re getting, and that those high scores were hard-won. A wise man once said that “knowing is half the battle,” and getting players to know about what you did gets you one step further to getting them to appreciate it, and perhaps even love you for it.