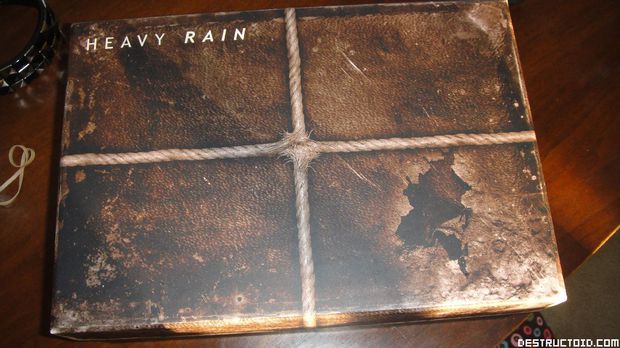 Review code for Quantic Dream’s Heavy Rain hit my doorstep today, and of course Sony couldn’t just send along a disc — it had to send along an entire box.

What’s in the box? Oh, you know. Some stuff. A mock newspaper, an origami swan thing, and cards featuring images of the game’s four playable characters — Ethan Mars, Norman Jayden, what’s her face, and that other dude.

Hit the video for a more detailed look at what’s in the box, where I also reveal when you can expect our Heavy Rain review to hit. Oh, and if you’re looking to make your own Origami Killer swan, we’ve already got you covered.

[Update: Despite what the letter that came with the box said, the embargo for our review is February 10, not the 19 as stated in the video. Change your calendars accordingly.]