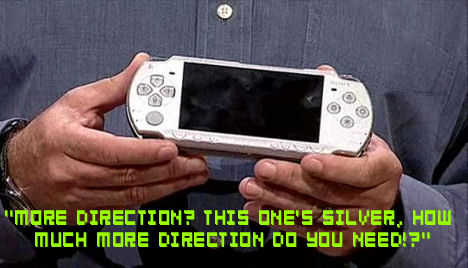 Ubisoft’s Rob Cooper has called Sony out on its handling of the PSP format, stating that it lacks direction and is too intimidating for the “casual” crowd. Ubisoft feels the platform has potential, but wants to see Sony steering it competently before throwing any real weight behind it.

“Sony needs to show us a bit more about what its plans are to convince the publisher to invest lots more money into it,” stated Cooper. “Especially when you’ve got the DS selling at such a tremendous pace.

“I suppose it’s almost too technical for the casual person, those that are buying the DS at the moment want a few buttons and not a lot more. It’s so simple what [Nintendo] has done. That’s where I think Sony has gone a little bit too complicated, they’ve over-specced it, the price is too high and they need to go back to the drawing board and start again.”

Ignoring the myopic reference to the misused “casual” buzzword, it is certainly true that the PSP has suffered from some poor handling by Sony. I love the system, but I remember back when I originally had one, I hated the thing. I felt I’d paid a lot of money for a machine that couldn’t figure out what it wanted to do, so it settled on doing nothing. I don’t feel that stigma has gone away, even though it has a fair few solid games on it.

Cooper did say the PSP was a “beautiful” system and the poor sales in the West are a shame. Still, with the PSP remaining highly successful in Japan, I doubt things will change soon.