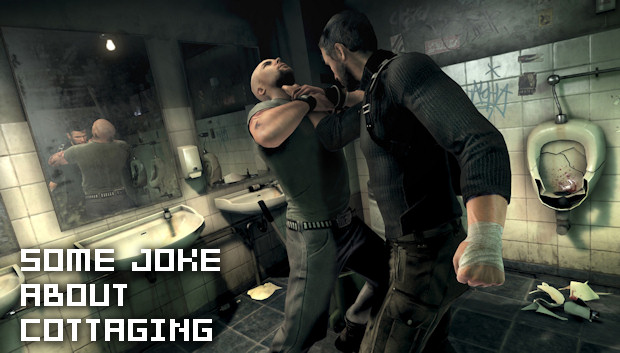 Ever since Ubisoft announced that Splinter Cell Conviction (along with a number of other titles), would be pushed back until 2010, the European publisher has been trying to assure fans that it’s not because the games suck. Yves Guillemont was quick to point out that the delay was “a question of polish,” and the game’s official site now declares that the delay was necessary to live up to Ubi’s own ambition.

“Splinter Cell Conviction is a very important game for us. We want to ensure it’s a game that long-term fans and gamers new to the series equally enjoy when they play it. Previous Splinter Cell games have set the bar very high when it comes to quality and enjoyment, we are firmly focused on continuing this with Conviction,” states Ubisoft.

“After demonstrating the new vision for the game at E3 2009 we won many awards and got a lot of interest from fans and press alike. In order to live up to our own ambitions and your expectations, we strongly feel that giving our teams that extra time will allow us to present a game to you that will fulfill that potential. Due to this, we have decided to move the release date into Q1 2010. This extra time will ensure Splinter Cell Conviction becomes every bit the fantastic experience we want it to be.”

It seems that a lot of games are being pushed to 2010, and I honestly don’t blame them. Would you want to go up against Modern Warfare 2 and ten thousand Guitar Hero games? If you would, you’re an idiot. I really hope that this delay is, indeed, a matter of polish. It looked amazing at E3, and I hope that the full game will be consistently excellent.