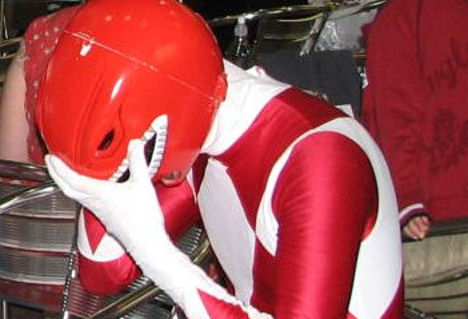 An Ubisoft rep has responded to criticism that its Wii lineup contains nothing for “normal” gamers by essentially saying that nobody cares about their best games, so screw it.

Looking at the current UK games sales for Wii Wii Sales Link, there are not that many traditional games in the top 30. Trends are changing and not everyone wants a new action game, FPS game or epic RPG, sales of the Wii proves that the majority want something different.

Parents who are buying a console for their children do not really care about Prince of Persia, Rainbow Six or Far Cry on the box, they want games that are going to be good for their children and not get them in the local newspaper. Why else would games like Brain Training/Wii Fit/Mario Party sell in the millions if people wanted hardcore games?

… Ubisoft have always been aimed at the more mature market (Look at our back catalogue) and in the last few years have started venturing into the casual gaming market. This is because that market now exists, thanks to the rise in popularity of the Wii and DS.

This makes me angry, not so much because of “omg casual games are killing us,” but because Ubisoft is being very blinkered. I still think appealing so strongly to the casual market will bite some people in the end, because casual gamers don’t buy a lot of software. Sure, they go crazy for fads like Brain Training, but that doesn’t mean Dr. Ubisoft’s Brainy Adventure is going to sell just as well. Most people bought the Wii because it had Wii Sports in the box, and most likely won’t need that many new games. If I recall correctly, the Xbox 360 sells a very high amount of software, because traditional gamers buy many games.

Saying that the casual market only “now” exists thanks to the Wii and DS is ludicrous. Casual gamers have been around since gaming first started, and they play more than “me-too” attempts at mass-marketed crap. Also, I didn’t realize only so-called “casual” games sold these days. I’ll pass the memo to Rockstar.