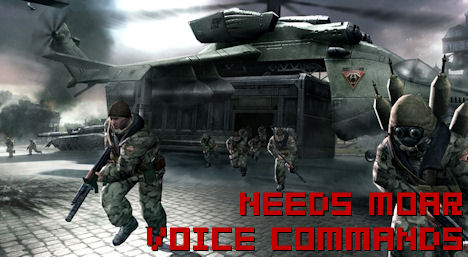 Strategy is not exactly the most happenin’ genre in videogames, and with a handful of exceptions, such games have hardly cracked the majority of the market and garnered any sort of mainstream appeal. According to Ubisoft Shanghai boss Michael de Plater, the fault of that rests squarely on the shoulders of you, the hardcore gamer.

“Strategy games have almost suffered by listening too much to their hardcore audience.

Michael de Plater is heading up Ubi’s new strategy game, Tom Clancy’s Endwar, which of course strips away a lot of the complexities of the genre with voice commands — something which the company is hoping will give it a wider appeal.

Of course, with Ubisoft quick to jump on the “casual gamer” fad as often and as shamelessly as possible, this statement doesn’t quite surprise me. However, we also know that hardcore fans of anything can do more harm than good if their advice is taken too much. Personally, I think there could be some truth to de Plater’s words, but at the same time, strategy games simply aren’t as exciting for most people as an FPS or an action game. Streamlined RTS games tend to go down as well as complicated ones. I would suggest it has less to do with the fans, and more to do with the fact that the genre has limited appeal.