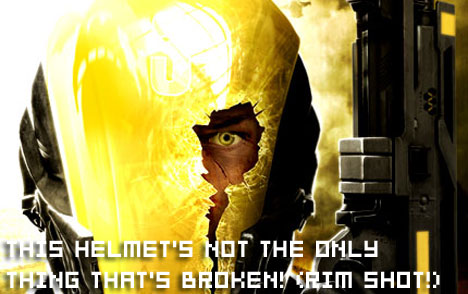 Having only played through some of the demo for Haze, I’m not even going to comment on the quality of Free Radical’s PlayStation 3 first-person shooter. I will say that the four-player cooperative drop-in/drop-out sounds really promising. But here’s the problem — that feature doesn’t work.

According to a recent thread at the official Ubisoft forums, when you try to invite a friend to your game, the game prompts you to download and install a patch. This would be fine, but seeing as how a patch doesn’t exists, one can easily see the issue. It’s unclear why the game would ship with this ridiculous and significant issue, but let’s hope that Free Radical and Ubisoft are on the case.

Any Dtoiders have this issue? How are you enjoying Haze otherwise? Anyone just waiting for the Xbox 360 version*?