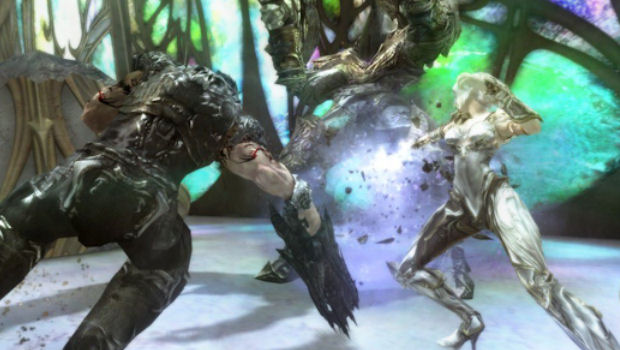 It’s highly likely that you’ve completely forgotten about Quantum Theory. Tecmo Koei’s shamelessly “inspired” Gears of War clone has barely kept its head above the water of obscurity since it was announced over a year ago, but here are some screenshots anyway.

The new screens show off the co-op moves between Syd and Fillena. As I learned at E3, much of the co-op involves Syd throwing Fillena at enemies to attack or stun them. You don’t get the bodily flinging of females in Gears, so that’s something different.

Quantum Theory is due out in November. I’ll give you a cookie if you remember it by then.