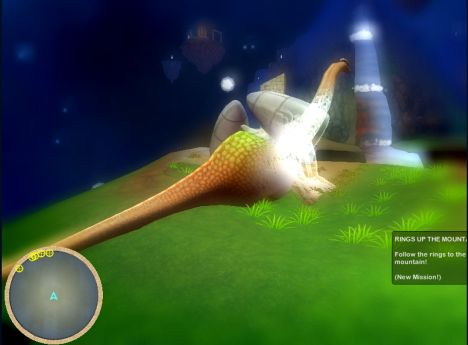 Flashbang Studios, the makers of hit web games like Velociraptor Safari, are running a public alpha test of their next dinosaur-themed game, Jetpack Brontosaurus. The purpose here is for the public to play the game so the developers know what they should do to improve it. After you’re done playing, leave some feedback on what you thought of it and especially if you come across any bugs.

The level you play on is relatively simple, and you can go anywhere you want to on the map. There are a few different missions to pick from, which you have to go around on the map to find. Go try out the game and let them (and us in the comments) know what you think of the game so far.

Personally, I think there should be some weapons on the Brontosaurus. Maybe a minigun on the tail or something. Also, GuitarAtomik’s revision of Dinosaurs with weapons has warped how I see dinosaurs now.