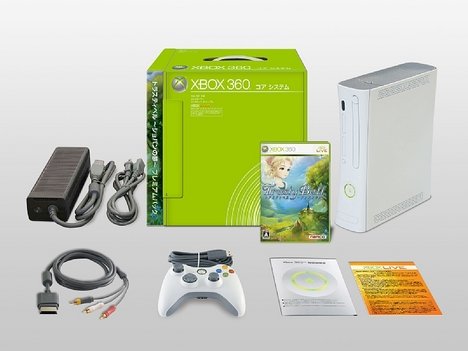 Man, Microsoft will try anything, won’t they?

Yet another Xbox 360 console/game bundle is hitting Japan! This time, only 304 Japanese consumers will be tempted to purchase the system, which will be bundled with Namco’s gorgeous looking RPG, Trusty Bell. It will come bundled with the equivalent of the Xbox 360 Core pack and be available on June 14.

Here’s an idea on how to move some units in Japan, Microsoft: Bundle your system with the Nintendo DS.