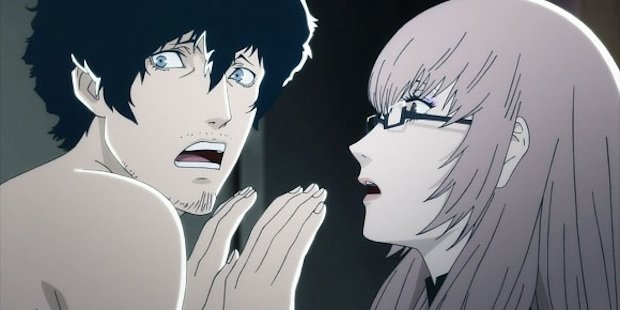 When you play Catherine you’ll see that it’s incredibly voice heavy. The entire game is voiced, all the way down to the small talk in a bar. Going through Atlus’ newest puzzle/love story is a lot like watching a movie, so the voices have to be good. This is especially true for the voice of the game’s main character, Vincent.

We now know who will be playing Vincent in the English version, thanks to Siliconera. Voice actor Troy Baker, who you will know from his game roles Kanji from Persona 4, Yuri from Tales of Vesperia or Snow from Final Fantasy XIII, has been dropping hints on his Facebook page. Just short of his confirmation he said “The only way I’ll survive is to climb and solve the puzzles…”

Juding from Baker’s past work, I think he’ll make a fine Vincent. The other character they’ll need to be really careful with is Catherine (with a “C”). I’m sure they’re on the case, though.

Look for our preview of the Japanese version of Catherine later today.