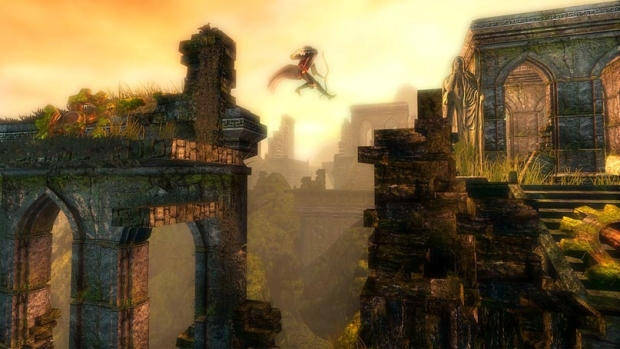 For those of us who are still using our computers as gaming platforms we’ve known the wonders of the body swapping, RPG Trine for a good long while now. While not the greatest game on earth, it was definitely a creative and interesting stab at the genre. Those living in Europe have recently received the game on the PS3 after a few delays, and have learned what a great indie game it is and those in the US who console game will just have to wait a bit longer to experience the game. The 360 version is a bit up in the air at the moment, but should be coming. In short, as long as you don’t own solely a Wii there is a strong possibility you will be able to play this game.

With the game not even released on all of its platforms it’s a little early to start talking sequels, right? Evidently not as Frozenbyte, the dev behind the game, CEO Lauri Hyvärinen has blatantly stated that the company will be working on more Trine. “There will be certainly more Trine, but in what form, platforms and such, that still remains a small secret of ours,” he said in a recent interview.

Good news for all of us looking for an RPG that takes a bit of a different route and offers up some quality gameplay at a decent price.