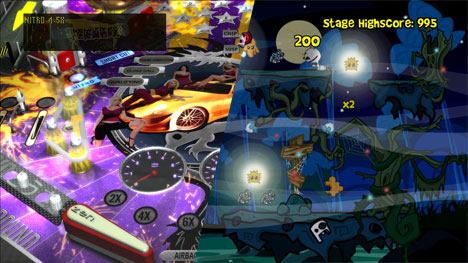 Xbox Live Arcade is once again giving the Doublemint Twins a run for their money with release of Eets: Chowdown and Pinball FX this Wednesday. Both games will set you back by 800 Microsoft Points and will be available at 2:00 a.m. Pacific.

If you can’t tell by looking at the attached images, Eets: Chowdown is a puzzle game and a strange one at that. While Eets is already available for PC, the XBLA version will feature the new co-op mini-game, Marsho Madness, plus 120 levels in glorious HD graphics.

Interestingly enough, this weeks second release, Pinball FX, will utilize the Xbox 360 Live Vision Camera through gesture based controls and live chat. As if that wasn’t reason enough to try it out, Pinball FX will even have online multiplayer with up to 4 players. Pinball lovers can also look forward to 3 realistic 3D pinball tables that become increasingly difficult as your skill level rises.