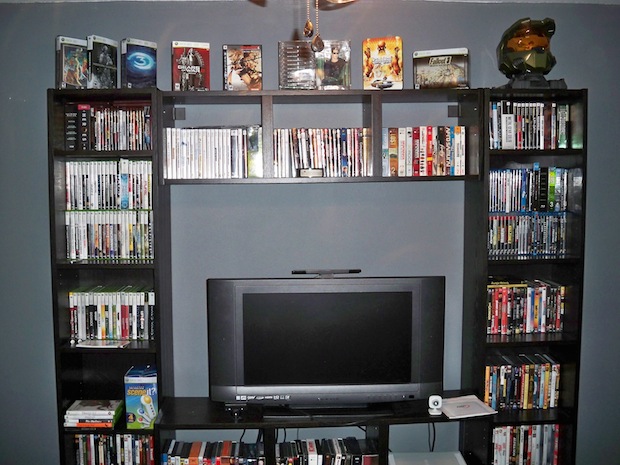 This week’s gaming room belongs to Kryptinite. He has a sick setup, tons of games, movies and a collection of awesomeness. Check out Kryptinite’s setup over on his C Blog.

Samit got a Xbox 360 finally, go to PAX, the Mario mech is amazing, DtoidPennsylvania is now up and more happened in the Community in the last couple of weeks.

If you’re still deciding on PAX, then DanlHaas has some really good reasons for you to go.

Here is the completed games list of January, now updated by Krow.

Funktastic’s collection continues to grow like a mountain on the back of a llama.

The next Mario game needs to include a giant mech that is controlled by Mario. Until then, you’ll just have to settle for ekoala2002’s latest custom figure.

Samit finally got a Xbox 360. The console wars are over. Happy birthday!

Puppy Licks is well and in Hong Kong!

Indie games Remote Masseuse, Agent MOO: Maximum Overdeath and Beer Screensaver are all donating the money they make to the Haiti charity fund.

Shadowsinthenyte has some cute little crafts she’s selling. Check them out!

Here, have some awesome Street Fighter and Mass Effect art.

Samit Sarkar is a scandal. He’s full of lies. FAKER!

Thanks to power-glove, we now have DtoidPennsylvania and DtoidMidwest in the fold. Go join the groups if you’re in the area!

Speaking of groups, if you’re in the Arizona area, let TheJesusNinja26 know so a DtoidArizona can get started up!