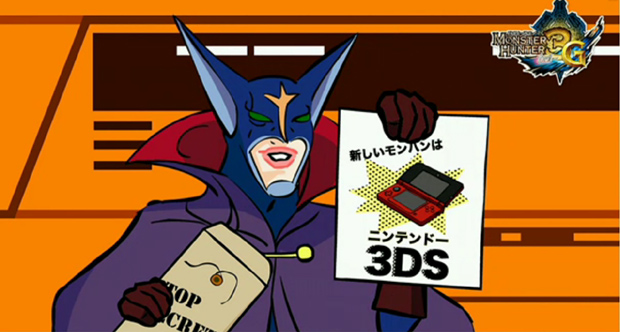 In Japan, the Monster Hunter brand can do no wrong. The series is beloved there; it can easily use its clout to sell a variety of other products, including energy drinks, calendars, and cats wearing Hello Kitty hats. That’s part of why its so strange to see the gang from Gatchaman (also known as Battle of the Planets in the states) try to spread awareness for Monster Hunter Tri 3G. Its sort of like if Inspector Gadget suddenly came out retirement to let the world know that a new Call of Duty game is coming out this winter.

That said, it’s not entirely surprising to see this bird-obsessed, super tactical ninja team hock a Capcom product. Tatsunoko Vs. Capcom didn’t come into existence because anyone thought it would make a lot of money. It exists because the staff at Capcom really loves Tatsunoko, and that includes Gatchaman.

So if you’ve been wondering why videogame lovers the world over (including Destructoid Editor-in-Chief Nick Chester) are changing their twitter avatars to 80’s era Japanese cartoon characters, wonder no more. There is also plenty of Monster Hunter Tri 3G footage to be found amidst all the insanity here, so those of you looking for some actual videogame news are also in luck.