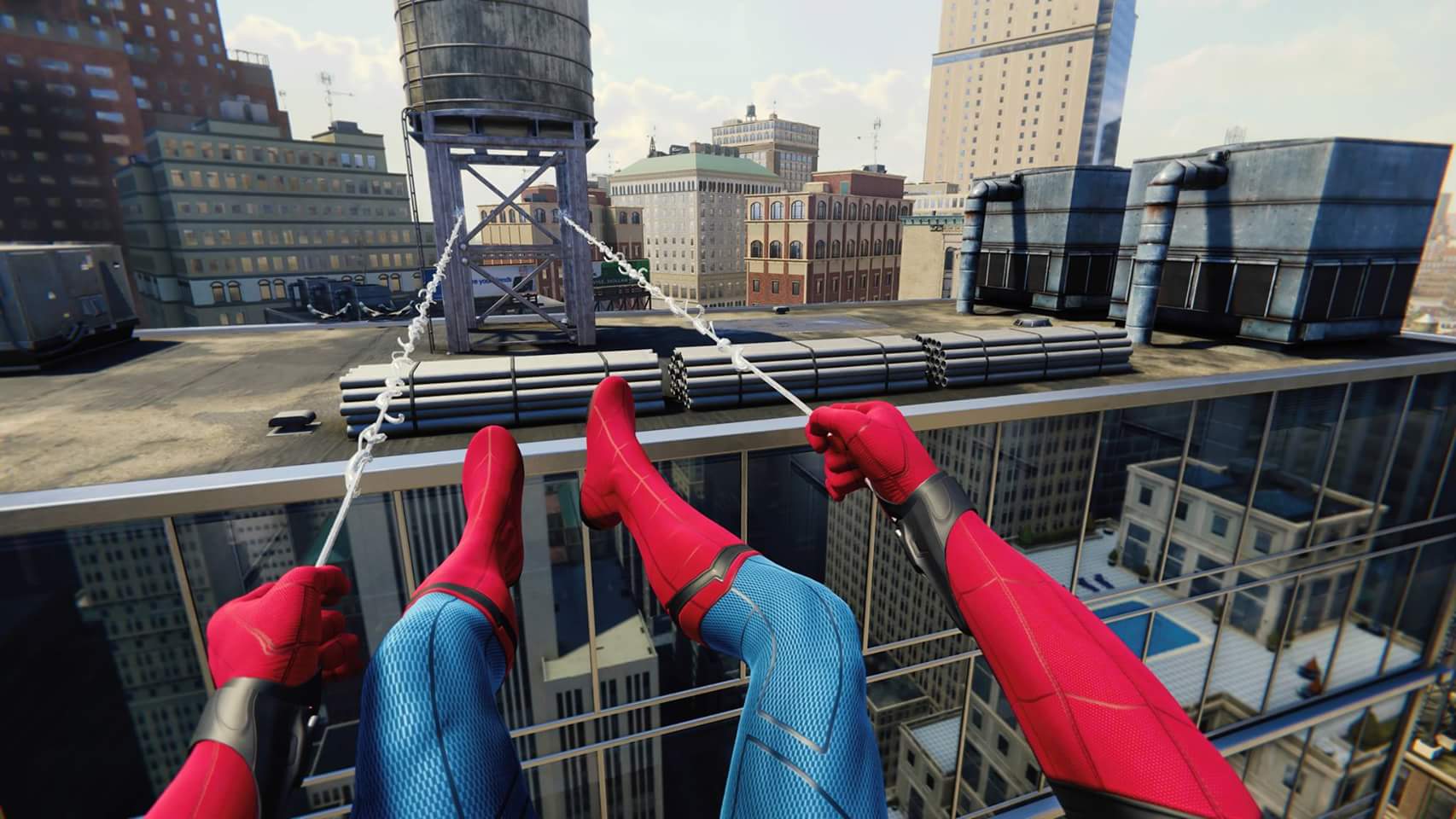 Does he have an anti-nausea superpower too?

In theory, getting a first-person view as Spider-Man swinging around New York sounds like the coolest thing ever, because who doesn’t want to be Spidey? In practice, though, it’s a bit of a nightmare — I can’t even look at the screen for more than a few seconds without being overcome with nausea. But if you can stomach the herky-jerky camera, and if you’re just dying to play Spider-Man in first-person, this new mod has you covered.

Spider-Man‘s release for PC means that modding the game just got a whole lot easier, hence why the aptly named “Spider-Man PC First Person Mod Web Swinging” mod by well-known GTA V and Red Dead Redemption 2 modder Jedijosh920 has gained some attention online. They also released a slightly less stomach-churning video where the camera stays fixed in place as Spidey spins and flips around, so that’s at least a little bit better.

Mind you, I used to be a roller coaster junkie, but unfortunately as I’ve gotten older, my motion sickness has only gotten worse and worse. When I came across the video showcasing the mod on Twitter, I had to scroll away pretty fast at risk of ending up like Liza Minnelli in Arrested Development.

Even so, I have to admit that this is something I’d like to experience, motion sickness permitting — although it’s pretty sad to be hit in the face with the reality that I wouldn’t be able to handle life as a web-slinging superhero simply because I get sick by moving around too much. Oh well, I was never made for the crime-fighting life anyway.

Either way, it’s always fun to see modders put a new spin on some of our favorite games, and to the brave souls out there who are somehow playing this in VR, I commend you. Your stomach is much stronger than mine.