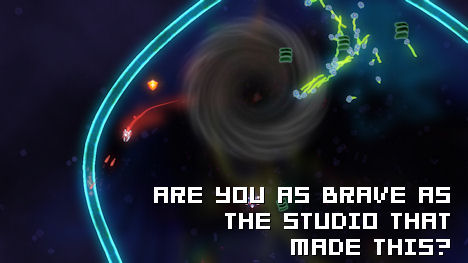 A little while ago, I wrote a rather damning appraisal of the Xbox 360’s Community Games channel, sharing my belief that nearly every game on offer was garbage. I know that there are a few actual worthy titles to be found, but sifting through the utter crap takes a lot of time and hard work.

The Community Games development community took my words to heart, and there has been some discussion about what to do. One developer, the creator of Biology Battle, decided to take action and has asked that I review the game on Destructoid.

As a matter of disclosure, Biology Battle developer Novaleaf Software has given me the required Microsoft Points to download the title (in lieu of being able to offer review copies) and the review will hit this week. After discussing with Nick Chester, we think this could become a rather interesting way of separating the wheat from the chaff on the Community Games channel, as well as give XNA developers some much-needed coverage.

In essence, we will be presenting reviews as an open challenge to Community Game developers. Hit the jump for the full details.

Here’s how it will work.

If you want us to review your Community Game, merely contact me at jim @ destructoid.com and we can arrange a review the same way that Novaleaf has. What you will then get is a full-scale Destructoid review, written with as much depth as your game allows. We’ll treat it as any other videogame, which means it will get the same respect and discussion, as well as the same brutal honesty.

If you read this site, you’ll know how tough (or at the very least, unpredictable) the reviews on Destructoid can be, so it will definitely take someone who truly believes in their game to come to us. Hopefully, this means that the best of the channel will pass through Dtoid’s doors and, naturally, the Destructoid readers will benefit from getting to know which games are worth clawing through the crap to try out.

At its best, the Community Games channel is a terrific place for indie developers to get some real attention. At its worst, it is a home for derivative, poorly made trash that obscures any glimmer of talent that might be hiding. Regardless of its potential for disaster, the Community Games channel does deserve coverage, and we think this is a really cool way to cover it.

If any other XNA developers are willing to follow Novaleaf and have their game reviewed on the site, always be aware that our mantra of “brutally honest game reviews” remains. Microsoft Points will gather no special treatment, only a review. If you’re going to give me Kitchen Sink Wars, you better take your 2/10 and love it. If your game is magnificent, however, it will get the glowing praise we feel it deserves.

That’s it. Stay tuned for the official Destructoid review of Biology Battle, coming this week, and hopefully we can look forward to many more Community Game reviews coming soon.