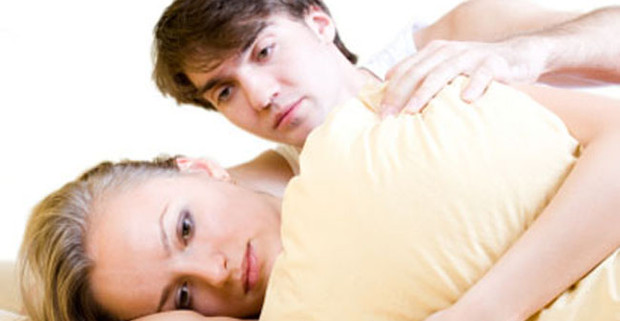 Sitting next to you is a girl you’ve known since you were a young boy. You were in the same school district, and somehow you kept being placed in the same classes. You hung out throughout school, other than that awkward high school phase where you joined the cheerleading squad and she got way into writing Twilight fan fiction.

Yet now, here you both sit, and something has changed. As you watch Mansquito on the SciFi Channel, you notice that she’s sitting closer to you than normal, no doubt feeling a bit sexy thanks to the super-sexy images flashing on the screen. You’ve always wondered what it would be like. As the buzzing from the Mansquito intensifies, your eyes meet hers, and you know that you’re about to find out.

She’s gone before you wake up, leaving no clues of her presence whatsoever. You try to call her, but there’s no answer. So you sit alone wondering if what you did last night was a good idea. It sure was fun, but at what cost? Will it ruin your friendship? Did you use a condom? Did she notice your third nipple?

Being evil in games should be more like this.

There’s always a build up. Sometimes it takes years, sometimes it takes a matter of moments, but before the clothes come flying off in a tornado of awkward stumbling and confused pulling leading up to your realization that she uses a front-clasp bra, there’s a lot of wondering. What would it be like? How would it all end? What’s the right way to approach the situation? It’s a time of uncertainty, where you know what part of you wants, but your brain tries to talk you out of it.

Choosing to do something evil in a game should have the same buildup. Most of us aren’t evil, so why is it that we so often decide to do evil before the opportunity is even upon us? Usually, this seems to happen because games lack a period in which we’re allowed to flirt with evil. We have no reason not to jump in head first.

What should hold us back here? The possibility of terrible consequences. We don’t need to know what they are, but the simple knowledge that taking a dark path might be a road that we can’t get off of is enough to make the buildup meaningful. Then, we have the opportunity to flirt with evil, wondering what it would be like to see it in all of its intimate glory. It would probably be bony and desiccated, but you never know.

Oh baby. Those bedroom eyes have never been more obviously directed toward you, and while distinguishing between her bedroom eyes and her mad dog stare is something you could work on, you manage to break through the ambiguity of her stare and decide to act on it. You’re alone. No one’s watching (other than Tom up in that tree, but he has seen worse). It’s time to make your move.

And boy howdy is it glorious. The sense of excitement is unmatched. You’re truly lost in the moment, enjoying every moment of this wonderful …

Oh well, it was fun while it lasted.

So, what does the actual act of sex have to do with being evil in games? What, besides them being terrible ills of this world?

Well, both of them are supposed to be fun (unless you live in Tennessee). That’s what motivates so many of us to have awkward, pale encounters like the one described above. We’ve heard of the fun experienced by others, and the promise of experiencing it for ourselves leads us to become such evil, evil fornicators.

But being evil in games isn’t always fun. Much of the time, it’s not the actual act of being evil that we’re enjoying — it’s just the same thing we’d be doing otherwise. For instance, what’s the difference, really, between running over a pedestrian for no reason in Grand Theft Auto IV and running over a gangster in a mission? Nothing other than a different skin on the character. We don’t run over pedestrians because we’re drawn to the evil of the act, we do it because hitting stuff with cars is silly and fun.

Making an evil act fun because it is evil would feel a lot different. Imagine, for a moment, swindling a child out of his family’s last bit of money just to see his family fall to pieces because of it. I’ll leave the details of how this would work up to you. But either way, it’s messed up in a way that we can’t even imagine, and finding the aftermath fun would be even more messed up. But that’s what evil should be: fun because it’s evil, and if you’re not evil, it shouldn’t be fun.

Boy, that really tuckered you out. A puddle of drool lies upon a pillow that is not yours, and a haphazard mixture of male and female clothing lies upon a floor that is far cleaner than your own, lit by the morning sun flooding in through the open window. You wonder if the neighbors heard. She was a lot louder than you expected…oh, wait, that feminine shrieking was you.

You sit up and notice that she’s not in the room. This is a bad sign, you tell yourself. You think of all of those movies where the girl is not in the room when the guy wakes up. It’s always because she regretted what she did last night.

Now that you have the perfect opportunity to think about it yourself (apart from the concerns about the size of your equipment), you begin to worry. Should you be regretting it too?

Just how big of a mistake did you make? What will the repercussions be? How many people will it affect?

Hopefully this is starting to sound like a discussion of consequences in games. Indeed, the biggest thing missing, in my mind, is the overall effect of an action on a meaningful part of the game. This has to stretch beyond unlocking an achievement, getting a certain ending, getting more or less money for a quest, or whether NPCs hug you or spit at your feet as you walk by. These are essentially meaningless.

What is far more meaningful is how you come to understand your actions, and how those people important to you (relatively, of course, since we’re talking about a game) react to your decisions. After the fun is over, the real business begins.

Remember that family that you just ruined? Well, good job, asshole, because the mother just hung herself in the closet, leaving her children orphans. The son, of course, is going to blame himself for the rest of his life, never being able to force the image of his mother hanging in the closet out of his mind. His sister will blame him, too, and the tragic story will end in a murder-suicide that no one except for you truly understands.

This is really fucked up, and typing it made me genuinely uncomfortable. But guess what. This is evil. This is what makes an act one that spawns from the depths of hell itself. It’s not what is done in the moment, but what results from it. And if we never see those results in games, how are we supposed to experience evil?

You decided to sneak out the window rather than confront what used to be your longtime friend. The pain from the three-story fall still surges through your body, masked somewhat by your distracted mind. You feel broken in more ways than one. You’re nearly certain at this point that you’ve destroyed something great.

The next day, you hardly acknowledge each other in the halls. She obviously told her friends, as they stare at you across hallways as if you’re somehow to blame for what has happened. Maybe you are. Joys that you used to share become annoyances, and songs that you used to listen to together sound like the moans of copulating raccoons. You’ve lost something, and you know that there’s no way to get it back.

You’re changed forever by your desire for pleasure.

Will this always happen? No, it won’t. Different personal circumstances might mean that there are no repercussions at all. But an event of this magnitude rarely leaves no lasting effects. Sometimes, they will be good, and other times, they will be quite terrible.

Therefore, those lasting effects have to be created in us, and that’s not going to happen unless the magnitude of evil is turned up a notch. We should remember not only the evil deed that we did, but also just how horrible it made us feel. This feeling shouldn’t go away in an hour or even a single playthrough. Days later, our minds should wander to it, and we should feel regret.

There are plenty of incredibly evil scenarios that have yet to be explored, whether it’s the player, a villain, or even something as simple as an NPC being evil. But so often we see the same situations, or new ones that are poorly developed in terms of their lasting effects.

Thank god that sex is more fun than this.